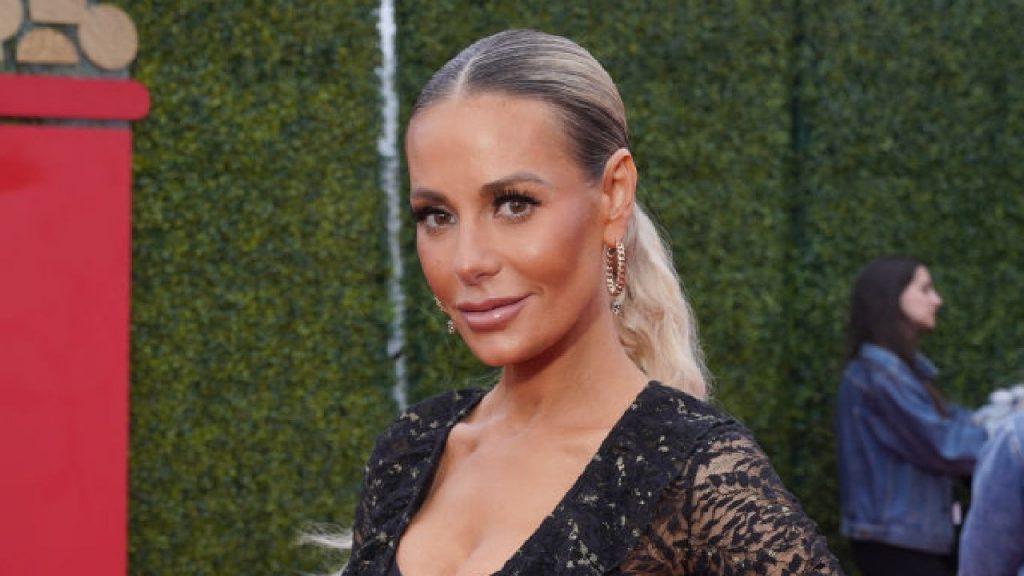 Dorit Kemsley is not here for rumors suggesting that she’s having an affair with her Real Housewives of Beverly Hills castmate, Kyle Richards‘ husband, Mauricio Umansky. Dorit commented on a RHOBH commentator and former friend to the show’s Instagram post Sunday, which featured a photoshopped movie poster of Dorit and Mauricio in a loving embrace with the words, “An Affair to Remember” written over it.

“The fans can’t stop talking about this! Thoughts? Credit: #karenhugar Wig on @youtube #rhobh #rhobh? #bravotv #wwhl #kyleumansky #kylerichards #doritkemsley #mauricioumansky #pkkemsley,” Dana Wilkey — who has gone from “friend of” on the show, to Bravo blogger — captioned the post.

And Dorit definitely had some thoughts to share. The reality TV star not only shut down the rumors, but she also slammed the commentator in the process.

“Is something wrong with you woman? Or are you just so miserable in your life you have nothing better to do? You’re definitely one of the thirstiest people I’ve ever seen, I guess it’s just as simple as that? Kyle and Mau are our friends and my kids call them uncle and auntie. Do you think this is ok for my kids to see when it’s a disgusting lie?” Dorit, who shares son Jagger, 8, and daughter Phoenix, 6, with her husband, Paul “PK” Kemsley asked.

She continued, “If this is the only way you can make a buck then so be it but at least have some decency and stop trying to peddle false narratives especially when you know there is ZERO truth behind it and your whole motive is to just hurt people for no reason.”

Adding, “It’s sad, pathetic and bound to bite you in the a** inevitably.”

Dana doubled down, sharing the post to her Instagram Story, but later tried to place the blame on fan theories and speculation, writing, “People don’t read posts apparently…however that said obviously struck a nerve.”

While Kyle and Mauricio faced their fair share of infidelity rumors while appearing on the long-running series, the couple, who have been married since 1996 and share four daughters, have always vehemently denied any allegations that the real estate agent has been unfaithful.

Meanwhile, she and Dorit have been best friends since the latter joined RHOBH in Season 7, and their respective husbands have also become close, as evidenced in the current season of the reality series.

Neither Kyle or Mauricio have publicly addressed the rumors.

For more on The Real Housewives of Beverly Hills, check out the video below.