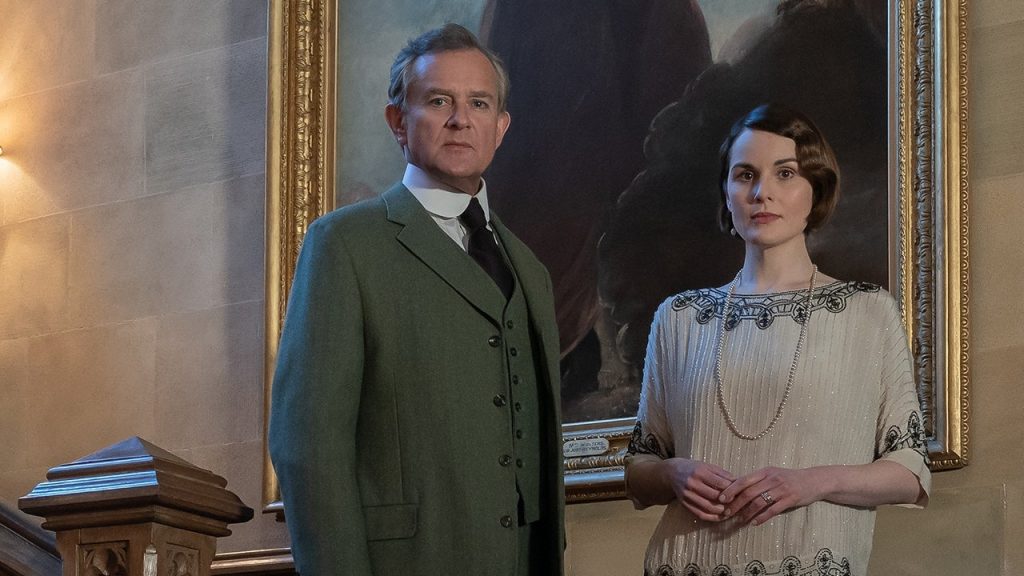 Focus Features has just revealed the first official look at Downton Abbey: A New Era. The first teaser and images for the sequel give audiences a brief glimpse at several of the cast’s returning favorites, including Michelle Dockery, Lesley Nicol, Laura Carmichael and Hugh Bonneville, as well as one of the newcomers, Laura Haddock, as a society member, Myrna Dalgleish.

The new film looks to pick up after the events of the first, with Tuppence Middleton returning as the previously introduced character, Lucy Smith, as she gets married to Tom Branson (Allen Leech). And this would certainly mark a new era for Downton, which finds itself financially secured with Lucy’s inheritance.

Not only that, but Dame Maggie Smith’s Dowager returns — notably after revealing that she dying in the first film — and with news that she’s inherited a villa in the South of France, a location the entire family will take advantage of in the sequel.

In addition to the many familiar faces shown in the first teaser, the celebrated upstairs-downstairs franchise is set to reunite the entire principal cast with Hugh Dancy, Nathalie Baye and Dominic West also joining the second theatrical installment.

The first official look at the sequel comes nearly two years after producer Gareth Neame told ET that he and creator Julian Fellowes were “committed” to making a second movie happen.

“After a very challenging year with so many of us separated from family and friends, it is a huge comfort to think that better times are ahead and that next Christmas we will be reunited with the much beloved characters of Downton Abbey,” Neame said in a statement at the time of the film’s announcement.

Focus Features chairman Peter Kujawski added, “There’s no place like home for the holidays, and we can’t imagine a better gift than getting to reunite with Julian, Gareth, and the entire Downton family in 2021 to bring the Crawley’s back home for their fans.”