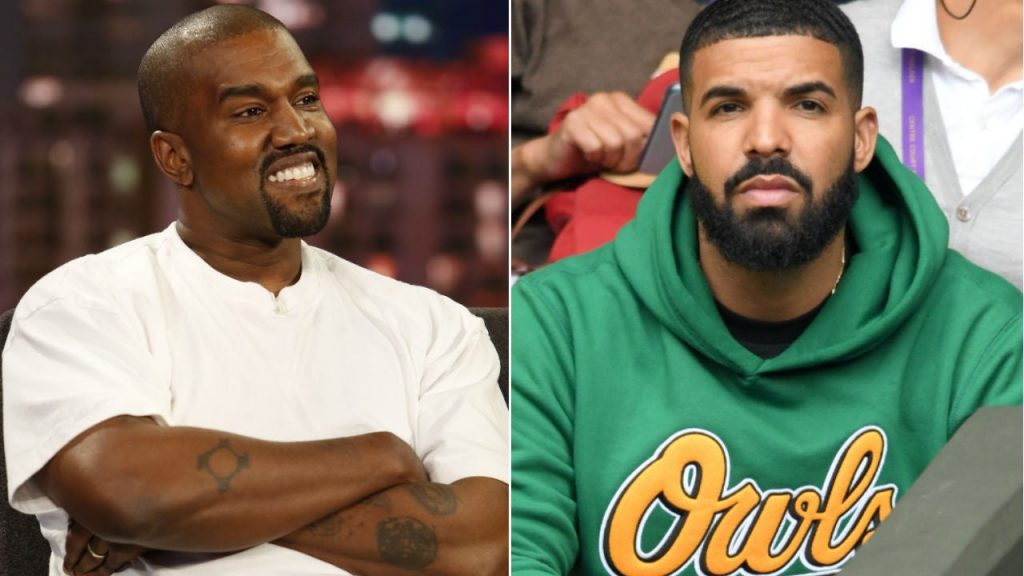 The Drake and Kanye West feud is over…for now. The rappers seemingly squashed their beef Tuesday after sharing photos and videos from a star-studded get together at Drake’s home in Toronto.

In a series of videos, Drake shared a short clip of a stand-up set from Dave Chappelle, who shared that he had been invited to the rapper’s home along with West and others, but it wasn’t until the next clip that we see Drake and West laughing and partying, with Drizzy even putting his arm around Ye at one moment, while his Certified Lover Boy track, “Knife Talk,” plays on the background.

“You have reached your destination ?,” the 35-year-old rapper captioned the post.

West shared a post of his own, standing in front of the Toronto mansion alongside Drake and music executive, J Prince, who helped facilitate the reunion. The 44-year-old Donda rapper simply captioned the photo with a white dove emoji, symbolizing that peace had been restored amongst the pair.

West also shared a snippet of Chappelle addressing the end of their longtime beef, with the comedian telling the crowd to “make some noise” for the rappers.

The rappers’ reconciliation comes after West extended an olive branch to Drake earlier this month, publicly inviting Drake to join him onstage on Dec. 7 in Los Angeles to end their bad blood.

J Prince shared the video, in which West reads off a cellphone and addresses his beef with Drake. Ye asks Drake to come together to free Larry Hoover. Hoover, the co-founder of Chicago’s Gangster Disciples gang, is currently serving a life sentence in federal prison after he was found guilty of murder in 1973. He later received six additional life sentences after he was found guilty on charges of continued gang activity while in prison.

“I’m making this video to address the ongoing back and forth between myself and Drake,” West says in the video, before referencing their recent best-selling albums, Donda and Certified Lover Boy, respectively. “Both me and Drake have taken shots at each other and it’s time to put it to rest. I’m asking Drake on Dec. 7 to join me onstage as a special guest to share the two biggest albums of the year live in Los Angeles with the ultimate purpose being to free Larry Hoover.”

“I believe this event will not only bring awareness to our cause, but prove to people – everywhere – how much more we can accomplish when we lay our pride to the side and come together,” he added.

While the pair have had several heated exchanges over the years, the feud between the two kicked off back in 2018, with the release of the diss track, “Duppy Freestyle,” where Drake called out GOOD Music artist Pusha-T for rapping about his son, Adonis, whose existence was not public at the time.

Kanye West Tries to End Feud With Drake: ‘It’s Time to Put It to Rest’