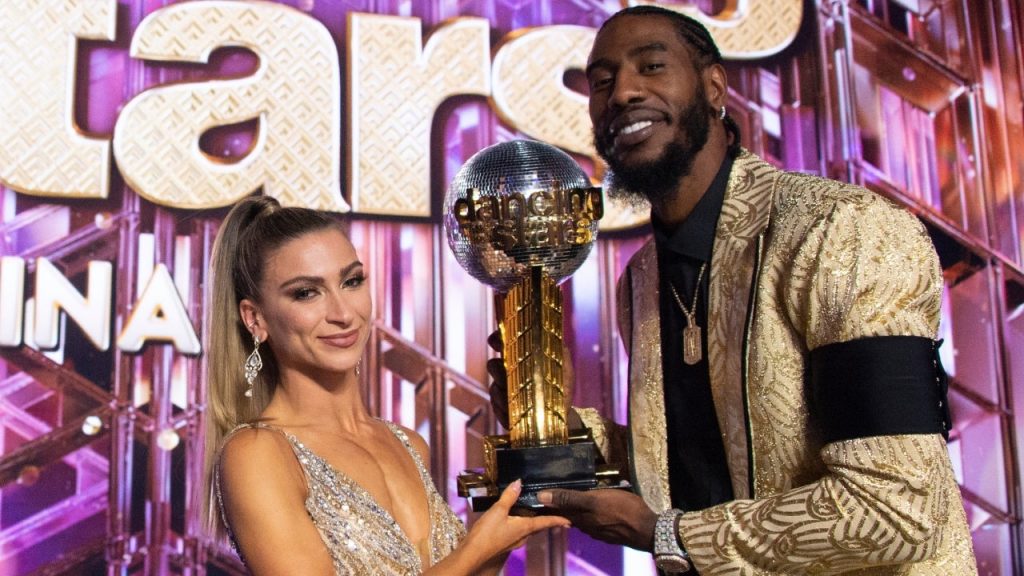 Iman Shumpert and Daniella Karagach are holding up that Mirrorball Trophy with pride. ET’s Lauren Zima spoke with the season 30 winners after Monday’s epic Dancing With the Stars finale where they credited the win to all the hard work they put in over course of this grueling season.

“I never thought I’d have a ballroom trophy,” Shumpert said with a smile as he held up the hefty award with pride.

“Hats off to the work that we put in,” Shumpert said. “I think me and Dani set our mind to that when we got that 40, that we don’t want to just to drop off now and just steam out of the competition. I think we just put in a lot of hours and when it was time to perform, it got easy.”

The pair performed an epic freestyle set to both “Lose Control” by Missy Elliott and “Bounce” by DJ Clent that guest judge Julianne Hough called the best freestyle in the show’s history.

“We had an amazing choreographer come out here and help us with the footwork,” Karagach shared. “Kimo flew all the way from Chicago to teach us Chicago footwork, and it was as authentic as possible. We had the best dancers in our number. They all killed it with the footwork. We just all worked out as a team to create this number for Iman, and we’re just so happy with the way it turned out.”

Shumpert’s win makes him the first NBA star to take home a trophy on the long-running series. While it was a huge moment for the athlete, it was that was even bigger for his parents, who unfortunately couldn’t attend Monday night’s show, after his father tested positive for COVID-19.

“I haven’t talked to them yet,” Shumpert revealed. “I know my mom’s probably gonna be choked up. She wasn’t able to come today. My father tested positive for COVID. He’s OK. He’s strong.”

He continued, “My mom wasn’t able to come to the building, but I can’t wait to put this in her hands so she can get a chance to enjoy this, because this is a tremendous honor to be part of such a brand.”

It’s the first win for the dance pro as well, and while Shumpert said he “couldn’t be happier” to take home the trophy, Karagach told ET that she couldn’t think of someone “more deserving” to take home DWTS top honor than the former basketball star.

For more from Monday’s Dancing With the Stars finale, check out the links below.

PrevPreviousKevin Spacey ordered to pay nearly $31 million to ‘House of Cards’ production company
Next‘DWTS’: JoJo Siwa Is ‘Grateful Forever’ for Jenna Johnson Friendship and Making it to the Finals (Exclusive)Next