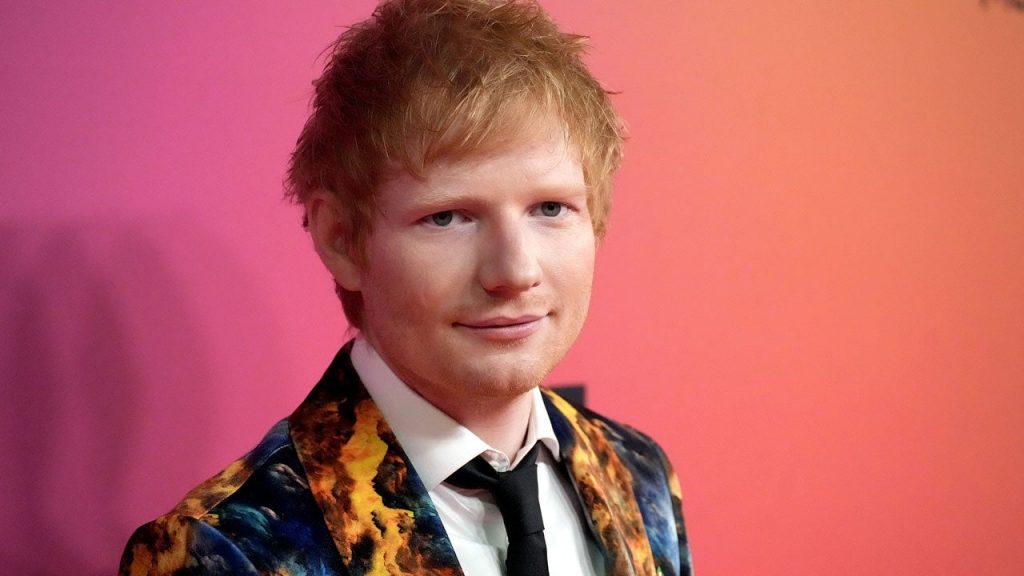 Ed Sheeran is one proud papa. The “Bad Habits” artist walked the carpet at the 2021 MTV EMAs on Sunday, and couldn’t help but to smile while gushing about his baby daughter.

Sheeran spoke with ET’s Cassie DiLaura on the pink carpet at the Papp Laszlo Budapest Sportarena in Hungary, and he opened up about his 1-year-old daughter, Lyra, whom he shares with wife Cherry Seaborn.

“She’s great! She’s walking, she’s talking. She’s at my parents at the moment and having a good time,” Sheeran shared with a grin.

When asked about what her first word was, Sheeran said, “You see, I’m not sure. Because been saying ‘dad’ for awhile, but pointing at random s**t. So yeah, I’m not sure.”

As Sheeran’s little girl spend time with her grandparents to allow the musician to attend the event, Sheeran said he was excited to make the most of his time at the show — regardless of whether or not he took home any trophies

For the record, Sheeran ended up taking home two of the night’s biggest trophies, for Best Artist and Best Song.

Sheeran recently performed as a musical guest on Saturday Night Live, one week before his good friend Taylor Swift slayed the SNL stage with a 10-minute performance of “All Too Well” this past Saturday.

Reflecting on their famous bond, Sheeran shared, “She’s a very, very good friend of mine. I’ve known her about 10 years and it’s just nice to have someone in the music industry who goes to the same sort of things.”

“We’re both the same age, we both write songs from our heart, and yeah, it’s a pleasure knowing her,” he added.

As for the rumors that Swift might feature on a remix of “The Joker And The Queen,” Sheeran played it coy and refrained from confirming or denying anything.

“You know what? It’s nice to have surprises in life,” Sheeran said with a smile.

Check here for the full winners list from this year’s MTV EMAs!

Saweetie to Host and Perform at the 2021 MTV EMAs