Eddie Murphy Pokes Fun at Will Smith Slap as He’s Honored With Cecile B. DeMille Award 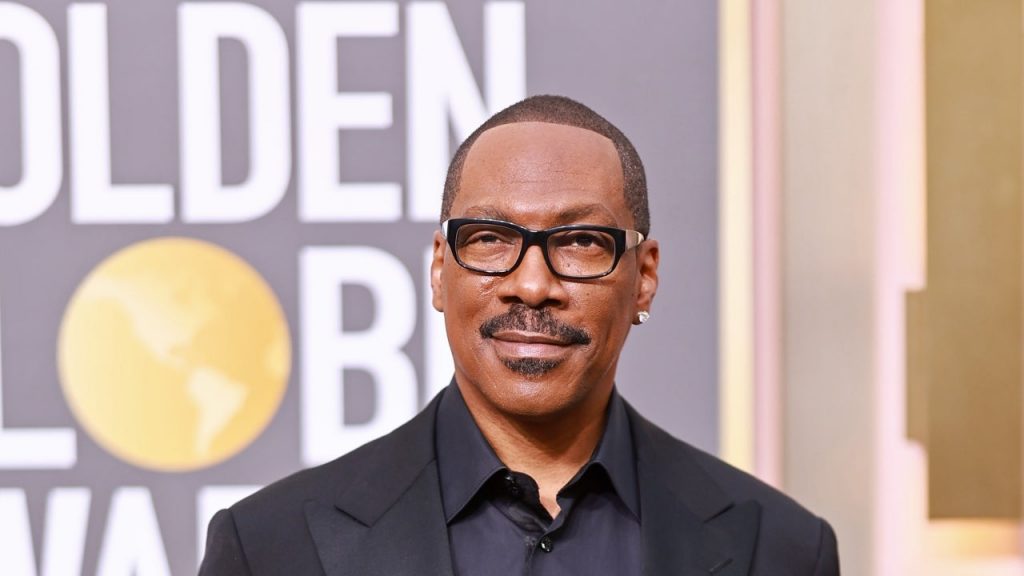 Getting some long-deserved recognition! Legendary comic Eddie Murphy was honored with the coveted Cecil B. DeMille Award at this year’s Golden Globes.

Murphy was presented with the award by Tracy Morgan and Jamie Lee Curtis, and accepted the award with a memorable speech.

Murphy kept the speech short and sweet, and after some thank yous, he wrapped up on a timely comedic note.

“There is a definitive blueprint that you can follow to achieve success, prosperity, longevity and peace of mind… and I followed it my whole career,” Murphy shared. “It’s just three things: Pay your taxes, mind your business, and keep Will Smith’s wife’s name out of your f**king mouth!”

Murphy — a Golden Globe winner and six-time nominee — is best known for starring in some iconic comedy classics, including Beverly Hills Cop, 48 Hours, Coming to America, Trading Places, The Nutty Professor and Dreamgirls.

He is also set to star in the upcoming family comedy You People, alongside Jonah Hill, Lauren London, Nia Long, Julia Louis-Dreyfus and David Duchovny.

Oprah Winfrey to Interview Eddie Murphy for ‘The Oprah Conversation’