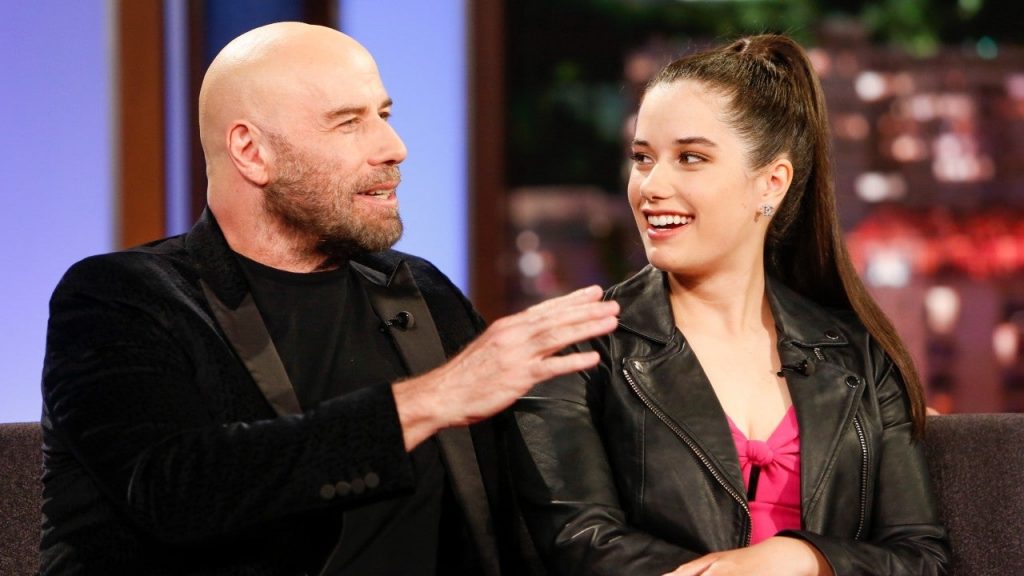 John Travolta is one proud dad! The 67-year-old actor happily cheered on his daughter, Ella Travolta, as she prepares to release new music.

Ella, 21, shared a sneak peek of her original songs, in a TikTok video, which she also posted to Instagram.

“There is something I’ve been working on for the past year that is very dear to my heart. I wanted to share a part of a song that I wrote that will be on my EP coming out next year,” Ella captioned the clip. “Very excited (and nervous?). Hope you like it!?”

In the video, the daughter of John and the late Kelly Preston, sits at the piano, playing and singing, “Ain’t no sunshine when you’re gone. Guess Bill was right when he wrote that song. I know that she’s your light now.”

The Grease star hopped into the comments, writing, “I’m so very proud of you Ella, its amazing! Your thrilled Dad! ???.”

This isn’t Ella’s only foray into the entertainment industry. Back in July, John shared a photo of Ella in a blue costume dress, writing, “Here’s my daughter Ella starring in a live action re-imagining of Alice in Wonderland! Called, ‘Get Lost.’ I’m a very proud dad!”

She also starred in the 2019 film The Poison Rose alongside her famous dad. During a 2019 appearance on The Talk, John admitted that he is a “ridiculous” stage dad while watching his daughter. Watch the clip below for more: