‘Emily in Paris’ Season 2 Trailer: It’s About to Get Even Messier 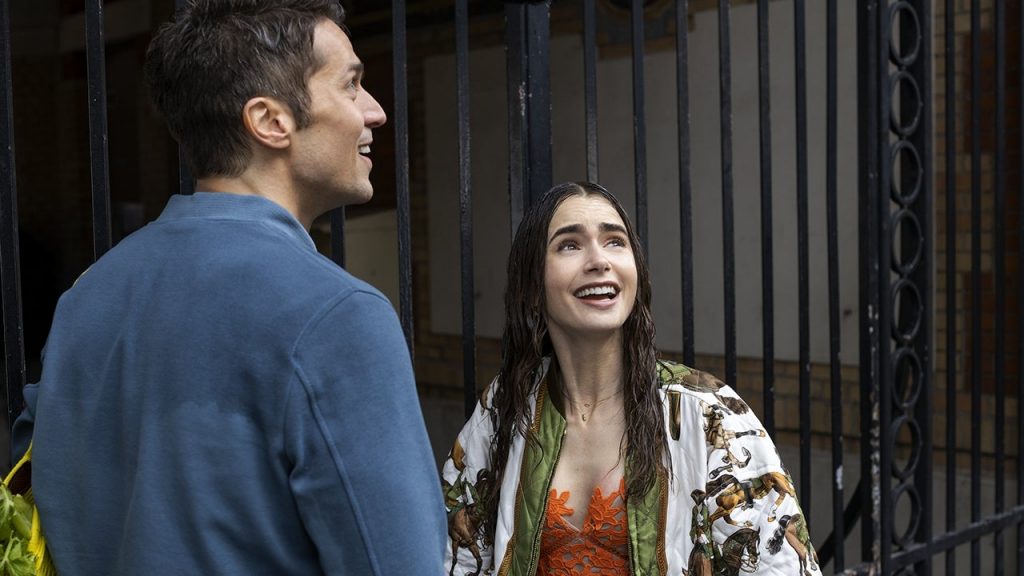 Emily is back for more adventures in Paris! Emily in Paris returns for season 2 in one month and Netflix released a new trailer on Thursday to kick off the countdown.

The season picks up with Emily (Lily Collins), now more entrenched in her life in Paris and getting better at navigating the city but still struggling with the idiosyncrasies of French life. After stumbling into a love triangle with her neighbor, Gabriel (Lucas Bravo), and her first real French friend, Camille (Camille Razat), Emily is determined to focus on her work — which is getting more complicated by the day. And as she attends French class, she meets a fellow expat who both infuriates and intrigues her.

In the two-minute trailer, Emily finds herself in a bit of a pickle (er, awkward love triangle) after cavorting with Gabriel, who’s decided to stay in Paris. When she confides in her best gal pal, Mindy (Ashley Park), about how to navigate these treacherous waters, and well, it’s going to get real messy.

“I used to be so decisive and ever since I moved to Paris, my life has been chaotic and dramatic and complicated!” Emily vents.

But Mindy drops some helpful advice when Emily’s down and out: “You need to decide what you want and not what’s going to make everyone else happy.”

And Sylvie’s on board with that assessment, telling Emily that she’s “got the rest of your life to be as dull as you wish, but while you’re here, fall in love, make mistakes. If you’re going to do Paris for one year, for God’s sake, do it right.”

Watch the season 2 trailer below.

Emily in Paris returns Wednesday, Dec. 22 on Netflix. For more, watch below.

‘Emily in Paris’ Renewed for Season 2

PrevPreviousHannah Brown and Peter Weber Slept Together While His Season of ‘The Bachelor’ Was Airing
Next‘Zoey’s Extraordinary Christmas’: Watch the Festive First Trailer for the Holiday Movie (Exclusive)Next