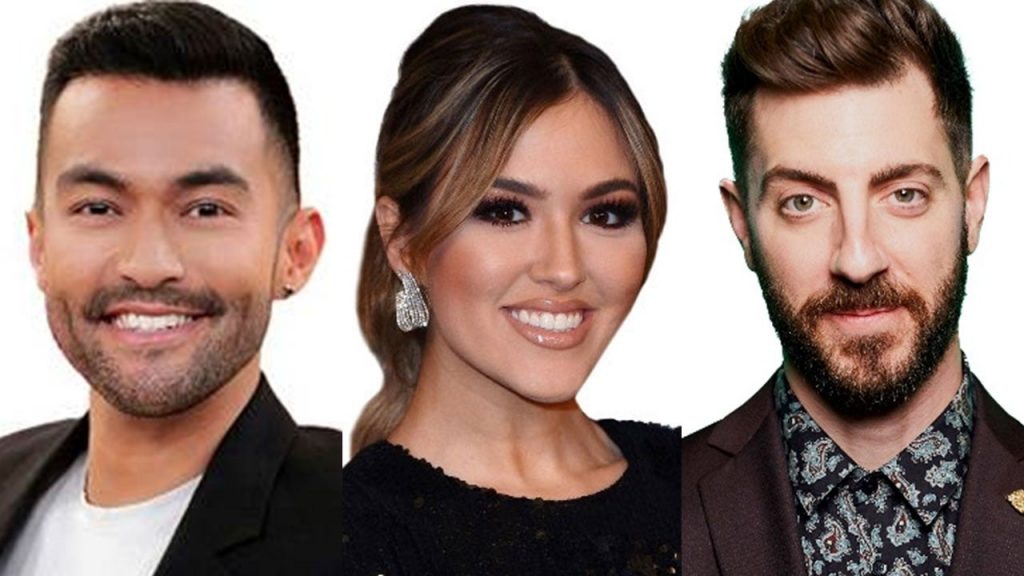 Entertainment Tonight is entering its new season with three new full-time correspondents! On Friday, the #1 entertainment newsmagazine in the world announced that it’s elevating Cassie DiLaura, Denny Directo and Will Marfuggi’s roles for season 42.

The trio has been part of ET’s digital team as correspondents and producers, with their pieces often appearing across all ET platforms, but will now take on a bigger role for the syndicated, nightly broadcast as full-time correspondents.

DiLaura joined Entertainment Tonight in 2018 and most recently served as a digital correspondent and producer. She’s interviewed some of the biggest stars in Hollywood including George Clooney, Kevin Costner, and Sandra Bullock. Her passion for music and expertise has landed her on red carpets for the Grammys, CMT Awards, and the CMA Awards. In December 2021, DiLaura hosted the two-part special, ET Presents: Yellowstone Aftershow, on Paramount+. She also co-hosts ET’s daily digital show, The Download, on the streaming platform Mixible.

“It’s an honor of a lifetime to be able to continue my career with Entertainment Tonight as a Correspondent,” DiLaura said. “My time with ET over the years has been beyond my wildest dreams. I’ve been able to work alongside the best in the business, travel the world on assignment, tell some really special stories and meet extraordinary people along the way (Hi George Clooney!).”

As his work with The Download shows, Directo has been integral in ET’s success in the digital space since joining the brand in 2010. Directo has most recently worked as a digital correspondent and producer. In that role, he’s served as on-camera talent for ET’s Latinx and Pride verticals, and has anchored special live events programming for the Oscars, GRAMMYs, and Golden Globes.

“I am so proud to have called ET my home for the past 12 years and thrilled to be continuing my journey here as a correspondent,” Directo said. “It’s not lost on me what an opportunity like this means for someone who looks like me. I’m Mexican, Filipino and gay — things I never saw on my TV growing up. So I’m especially grateful to be a small part of this next chapter of ET’s storied legacy and can only hope to inspire future generations of the entertainment and pop culture obsessed like me.”

Marfuggi joined ET in 2021 as a digital correspondent and producer after nearly two decades at E! Entertainment. He quickly became a go-to source for the brand, covering fandoms obsessed with the Marvel Cinematic Universe, The Lord of the Rings, House of the Dragon and Love Is Blind. His interview with Stranger Things star Joseph Quinn has over 1.5 million views on YouTube.

“Since joining Entertainment Tonight I’ve been in awe of the intelligence, drive, and humor of my colleagues in every aspect of the production, so I’m thrilled to be expanding my role and appreciate this vote of confidence from the team,” Marfuggi said. “I’m also stoked to be on this journey with Denny Directo and Cassie DiLaura. They do great work and are even better people. Looking forward to the fun to come!”