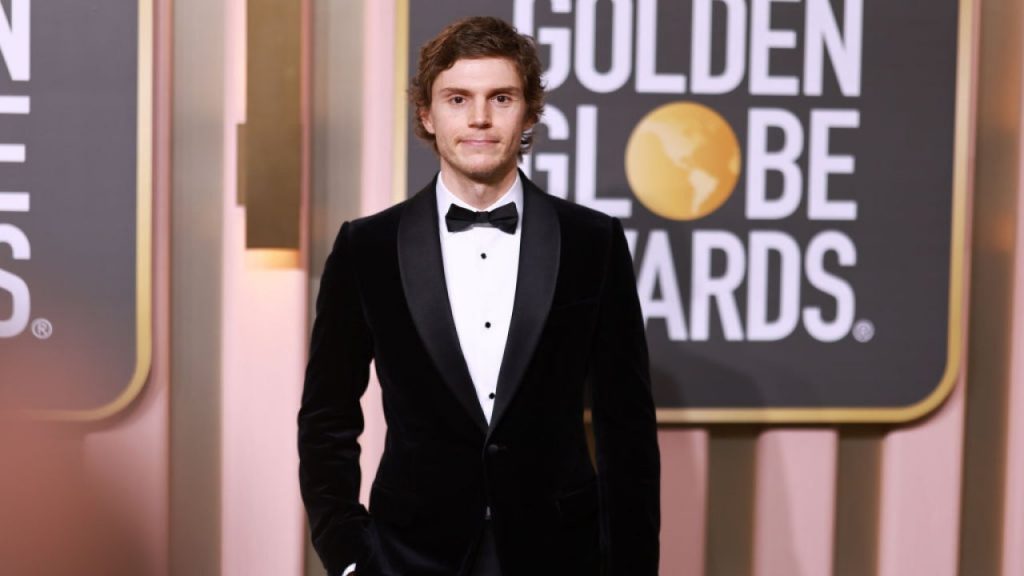 Evan Peters has been honored with his first-ever Golden Globe Award for his deft portrayal of Jeffrey Dahmer in Ryan Murphy’s Dahmer – Monster: The Jeffrey Dahmer Story.

Peters scored the role in the Best Actor in a Limited Series of Motion Picture Made for Television category. It was his first Golden Globe nomination. He beat out Taron Egerton (Black Bird), Colin Firth (The Staircase), Andrew Garfield (Under the Banner of Heaven) and Sebastian Stan (Pam & Tommy).

“Thank you to the [Hollywood Foreign Press Association], thank you to Netflix and Mr. Ryan Murphy, for letting me be part of your brilliant vision again,” he said.

Lastly, the actor thanked those who watched a series broaching such a harrowing tale.

Peters, of course, played Dahmer in the true-crime series about the serial killer‘s gruesome crimes which became a massive hit on Netflix. Back in October, Peters shared what it was like to prepare for such an intense project.

“I was terrified. I went back and forth on whether I should do it or not,” Peters said of taking on the role, which required him to embody the real-life killer who murdered 17 men and teenage boys over a 13-year period before being arrested and brought to justice in 1991.

“Evan was so deep in character,” Murphy said before Peter’s co-star, Niecy Nash, who portrayed neighbor Glenda Cleveland, shared how she went up to the actor after it was all done and said, “Evan Peters, it’s nice to meet you.”