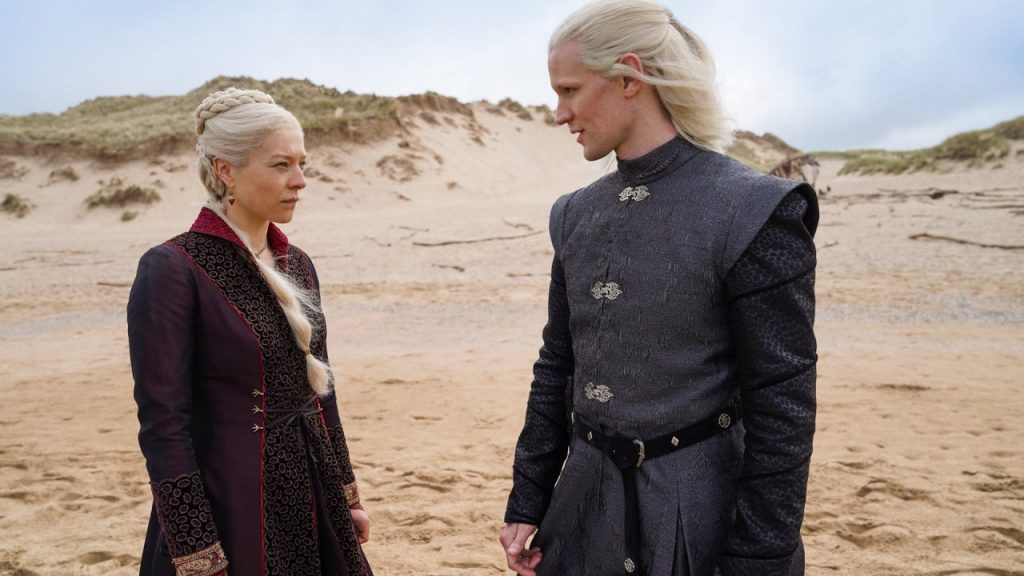 The fall television season is in full swing!

With a plethora of TV options to go to on streaming, as well as on cable and network television, there’s an overwhelming wealth of choices when it comes time to figure out what to watch when you sit down in front of your television, computer screen or phone.

From long-running favorites (Grey’s Anatomy, NCIS) to buzzworthy shows (House of the Dragon, The White Lotus) to farewell runs (The Good Fight, Atlanta) to franchises you may already be familiar with (Anne Rice’sInterview With a Vampire, Andor), there’s truly something for everyone’s palette.

So, with a packed fall TV lineup, just what new and returning shows are worth checking out? We highlight 14 of the most exciting shows to watch through November or to keep on your radar as fall TV officially kicks off!

Premieres: Wednesday, Sept. 21 at 9 p.m. ET/PTKey cast: Quinta Brunson, Tyler James Williams, Sheryl Lee Ralph, Janelle James and Lisa Ann WalterSeason 2 of Abbott Elementary is already off to a great start. The breakout comedy won three Emmys, boasts an impressive guest star lineup — including Leslie Odom Jr. and Lauren Weedman — and promises an exciting school year for our favorite teachers. When asked what fans can look forward to in the next installment, newly-minted Emmy winner Quinta Brunson said the new season will give viewers more chances to “fall in love” with the characters. “We spent the whole first season building, showing what this show is capable of, and now we get to have some fun,” she told reporters at San Diego Comic-Con. “We’ve done all the building, and now we get to have some of these fun bottle episodes, what I call Fresh Prince of Bel-Air episodes — some episodes you’ll learn a lot and some you won’t, you’ll just fall more in love with the characters.” — Mekishana Pierre

Premieres: Thursday, Oct. 6 at 10 p.m. ET/PT Key cast: Hilary Swank, Jeff Perry, James Lesure, Britt Robertson, Kevin Zegers and Grace DoveHilary Swank plays Eileen Fitzgerald, an award-winning investigative journalist who accepts an offer from a daily metro newspaper in Anchorage looking for answers after a series of Indigenous women have disappeared without a trace. She takes the job after a high-profile fall from grace in New York City, and appears to arrive in search of her own redemption alongside her quest for professional justice. Created by Tom McCarthy, the man behind the 2015 Academy Award-winning film Spotlight, Alaska Daily promises to take another exciting glimpse into the beating heart of investigative newsrooms. — Zoe Phillips

Premieres: Wednesday, Sept. 21Key cast: Diego Luna, Stellan Skarsg?rd, Fiona Shaw and Genevieve O’ReillyDescribed as “a tense nail-biting thriller,” the two-season prequel series leading up to 2016’s Rogue One follows spy Cassian Andor (Diego Luna) during the formative years of the Rebellion as Mon Mothma (Genevieve O’Reilly) and others set out to “restore hope to a galaxy in the grip of a ruthless Empire.” “It is really cool to tell a story where you already know the ending,” Luna told ET about the series ending where the Star Wars film picks up. “It is a different approach, because it’s how things happen. It’s not just what happens. It’s not the typical way of approaching a story.” — Stacy Lambe

Premieres: New episodes Thursdays at 10 p.m. ET/PTKey cast: Donald Glover, Brian Tyree Henry, LaKeith Stanfield and Zazie BeetzThe end is here and it’s taking us back to the place it all started. Atlanta’s final season brings our core foursome back to their stomping grounds to bring to rights a roller coaster of a story. There’s no way to predict what we’re going to get with this farewell season — you never know what you’re gonna get with this series. But hopefully, in a good way. — M.P.

Premieres: Thursday, Sept. 29 at 10 p.m. ET/PTKey cast: Marg Helgenberger, Paula Newsome, Matt Lauria and Mandeep DhillonSoon after original stars William Petersen and Jorja Fox exited CSI: Vegas following one season, it was announced that CSI favorite Marg Helgenberger was reprising her beloved character, Catherine Willows, for the sophomore installment. Questions linger about what Catherine’s been up to, and in the season 2 premiere, those answers start to come out as she reintegrates herself back onto the CSI team. “We’re really lucky to have her back and personally, I’m overjoyed,” CSI: Vegas star Matt Lauria told ET. “She’s just a complete class act, very generous, very genuine person.” Aside from Catherine’s anticipated return, season 2 aims to pick up loose threads hinted at in the finale, of yet another serial killer on the loose. “The images that you see at the very end of the episode, teasing where we might go in season 2… were something that me and Craig O’Neil… have had kicking around in our mind for a long time,” showrunner Jason Tracey told ET. “It’s a story that would be sprinkled in and lightly serialized. But there’s a big, complicated web of plot that can spin out from just those few seconds that you see at the end of the finale.” — Philiana Ng