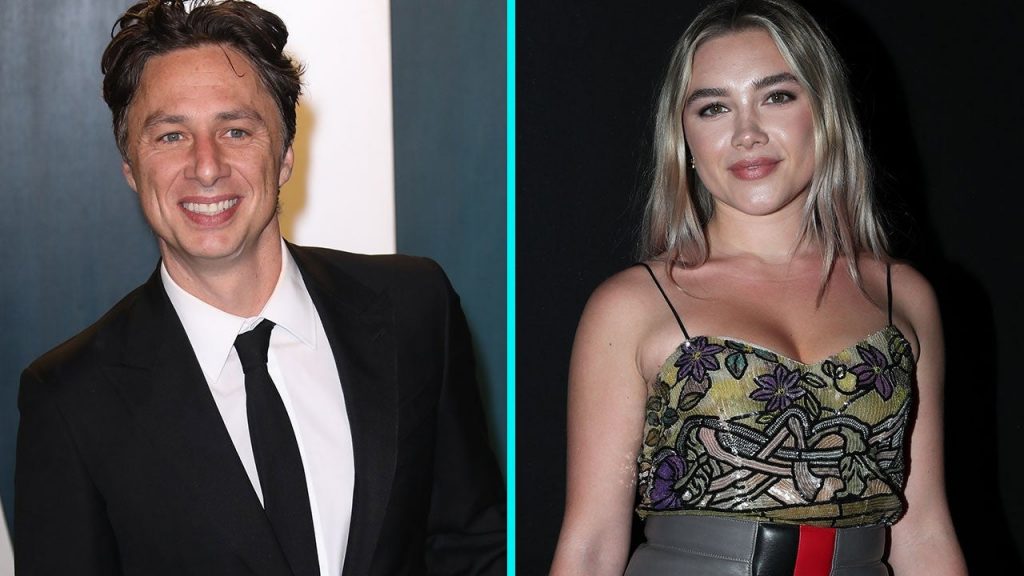 Florence Pugh is speaking her piece. As the new cover star of Vogue‘s Winter 2023 issue, the Don’t Worry Darling actress shares rare words about her relationship with 47-year-old ex-boyfriend Zach Braff, and why it drew such strong reaction from the public.

“We weren’t in anyone’s faces. It was just that people didn’t like it,” she tells the magazine. “They imagined me with someone younger and someone in blockbusters.”

Continues 27-year-old Pugh, “I think young relationships in Hollywood are so easily twisted because they add to the gossip sites. It’s exciting to watch. And I think I was in a relationship that didn’t do any of that.”

The actress ultimately confirmed their split in the September 2022 issue of Harper’s Bazaar after they parted ways earlier that year. “We’ve been trying to do this separation without the world knowing, because it’s been a relationship that everybody has an opinion on,” she said at the time. “We just felt something like this would really do us the benefit of not having millions of people telling us how happy they are that we’re not together. So we’ve done that. I automatically get a lumpy throat when I talk about it.”

While it’s unclear when her interview with Vogue took place, she tells the outlet their split has been “very new” and she is figuring out her living arrangements in California after they had a home together in Los Angeles.

Though neither has shed any light on the reason for their split, it’s clear Braff still holds the Oscar nominee — who he cast in his upcoming movie, A Good Person — in high regard. “I quite simply think she’s one of the greatest actors of her generation,” he tells Vogue. “She’s just magnetic. You cannot take your eyes off of her. And it’s not just her beauty and it’s not just her acting ability, it’s that thing, that magic thing that transcends the screen, where anyone and everyone goes: I want to see whatever this person does.”

As he wrote to her on his Instagram Story for her 27th birthday in January, “Happy Birthday, legend.”

Vogue’s Winter 2023 issue is available on newsstands nationwide on Jan. 24.