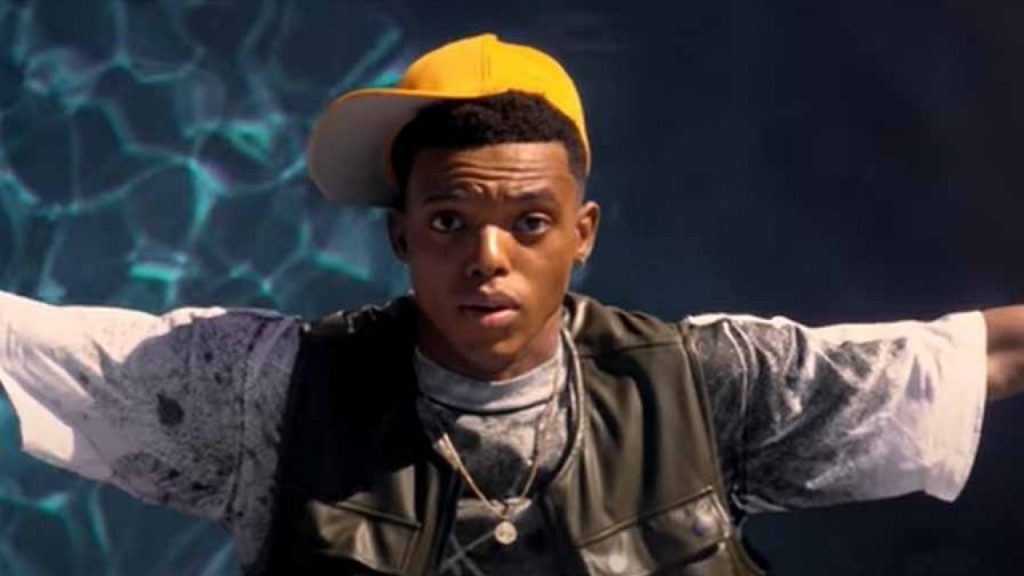 Get ready to head back to West Philadelphia! Peacock released a new teaser for their highly anticipated Fresh Prince of Bel-Air reboot, Bel-Air, Tuesday, narrated by the original prince of Philly, Will Smith. In the trailer for the reimagined drama series, we see newcomer Jabari Banks, as “Will,” being thrown into the overwhelming and often opulent world of Bel-Air, as Smith’s voice is heard reciting the show’s theme song in the background.

Banks is nearly drowning under the pressure, wading his way through a pool filled with remnants from his old life in Philly. As basketballs, a trophy and ATVs float past him, a glistening crown alludes to the possibility of a new life for the teen. By the end of the clip, Banks is “finally there,” to sit on his throne as none other than the Prince of Bel-Air.

Set in modern-day, Bel-Air is a serialized one-hour dramatic adaptation of the ’90s sitcom starring Smith. The show will lean into the series’ original premise, following Will’s complicated journey from the streets of West Philadelphia to the gated mansions of Bel-Air. However, Bel-Air will dive deeper into the inherent conflicts, emotions and biases that were impossible to fully explore in a 30-minute sitcom format, while still delivering swagger and nods to the original show, Peacock said in a September press release.

Morgan Cooper, director, co-writer and executive producer of the series, said the show will peel back the layers of the otherwise comedic characters seen in the original ’90s sitcom.

“With this dramatic reimagining, we wanted to create a show that stands on its own while honoring the spirit and innovation of the original series. Because Bel-Air is a drama, we’re able to really peel back the layers of these characters and themes in a way that you simply couldn’t do 30 years ago in the half-hour sitcom format,” Cooper said in a statement. “We’re able to go have tough conversations that challenge perspectives. At its core, Bel-Air is a celebration of the black experience through the perspective of a family.”

With casting Banks as “Will” in the modern take on this classic coming-of-age story, co-showrunners and executive EP’s, T.J. Brady and Rasheed Newson, feel like they’ve found the perfect person to step into the role.

“During the development of Bel-Air, the most daunting question was: Could we find a young actor who’d be able to step into the role of Will Smith? Well, did we ever find him. His name is Jabari Banks and he won our hearts in the same way he won this role,” the pair said in the release. “Our creative team, including Will Smith, recognized that Jabari embodied the talent, charisma, and sheer swagger necessary to make this iconic role his own.”

It’s a sentiment Smith echoed himself in August, when handing down the baton to the young actor.

“From the deepest parts of my heart, I want to say congratulations to you, you have the role of Will on Bel-Air,” Smith told Banks.

“You have a fantastic road ahead of you and I’m looking forward to being an asset for you in this process as you build out your life and your career,” Smith added, telling Banks to “go have some fun.”

While Bel-Air hasn’t been given an official release date, it is set hit the streamer next year.

See more on the series, below.

‘Fresh Prince’ Cast: Response to Reunion Special Is ‘Like a Big Hug’