‘Full Frontal with Samantha Bee’ is not returning for another season 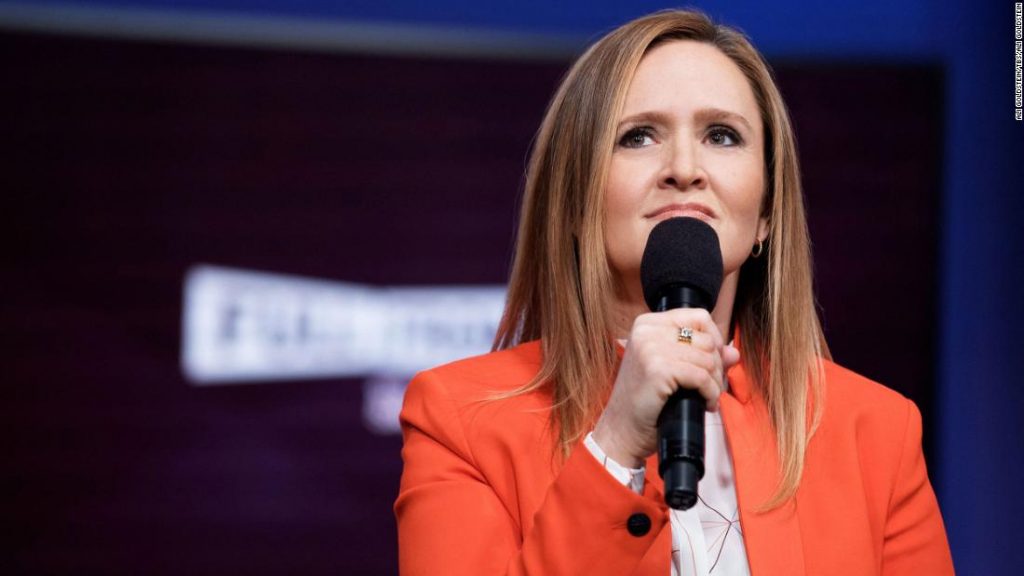 (CNN)After living its life to the fullest, the end is here for “Full Frontal with Samantha Bee.”

Advertisements
“After 7 seasons, Full Frontal with Samantha Bee will not be returning to TBS this fall,” the show announced Monday on its official Twitter account. “We’re so thankful for our loyal audience, our amazing team, and that we got to annoy the right people every week–that there wasn’t wrestling or baseball or a very special episode of ‘Big Bang.'”
The talk show has aired since February 2016 on TBS, home to a host of syndicated shows, including “The Big Bang Theory” and “Friends.” (TBS, like CNN, is owned by Warner Bros. Discovery.)
“To our loyal fans – we love you, you’re very special. Go home, and go home in peace,” the show’s statement continued.
During its run, “Full Frontal with Samantha Bee” was nominated four times in the best variety talk series Emmy category. One of the show’s specials, “Full Frontal with Samantha Bee Presents Not the White House Correspondents’ Dinner,” earned an Emmy for outstanding writing for a variety special in 2017.
Read More
“We really are trying to provide a catharsis for ourselves first and foremost,” she told CNN once of the show’s intentions. ” And if it achieves that for other people, that’s incredibly gratifying.”
Asked about the reason for the cancellation, a TBS spokesperson told CNN: “As we continue to shape our new programming strategy, we’ve made some difficult, business-based decisions.”
“We are proud to have been the home to ‘Full Frontal with Samantha Bee’ and thank Sam, and the rest of the Emmy-nominated team for their groundbreaking work,” the statement continued. “We celebrate this extraordinarily talented cast and crew and look forward to exploring new opportunities to work with them in the future.”
Not one to leave anything on a sour note, the show’s Twitter account for the show joked: “‘Full Frontal’ is leaving TBS to go spend more time with her family.”

PrevPreviousMarvel faces its next big challenge as it tries to go through a Phase
NextDavid Warner, who played villains in ‘Titanic’ and ‘Tron,’ dies at 80Next