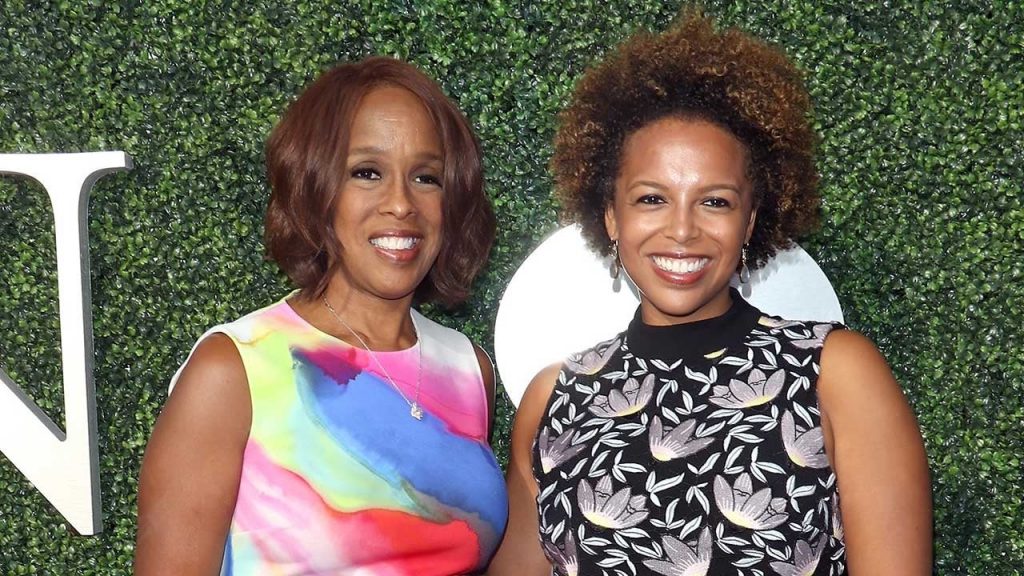 Kirby recreated a 1986 family photo of her mom in a mustard dress sitting with her grandmother, who is holding her as a baby. In the recreation, the CBS Mornings co-host sits where her mother was and holds Kirby’s son, Luca. Kirby is also wearing a mustard dress.

“1986 to 2021. Luca, Mom and I had to recreate this pic of my Grammy, my mom and I shortly after coming home from the hospital in 1986,” the new mom shared. “I’m so grateful for these invaluable moments I’ve had with my mom over the last few weeks and get all the feels when I think about our new dynamic, along with Luca’s growing love and relationship with his Gaia as he grows up! ????.”

Last month, she told ET about the joys of seeing her daughter become a mother.

“We’re very excited about Luca, but there’s something about seeing your own child become a mother that I can’t even explain it, what that feels like, what that looks like. And she’s so good. She’s so good!” she expressed. “I always say, ‘Kirby, you are your mother’s daughter.’ But we just love this little boy. We just love him.”

She also previously told ET that she was still testing out grandma names, noting that she wasn’t too keen on the name “grandma.”

“I’m trying to decide. I don’t want to be called ‘grandma’ or ‘nana’ because that just sounds — no offense to the grandmas or nanas. No offense — but I’m looking for a nice grandma name,” she said, adding, “Maybe the baby will make up something. Maybe my favorite grandson, Luca, will come up with something for me.”