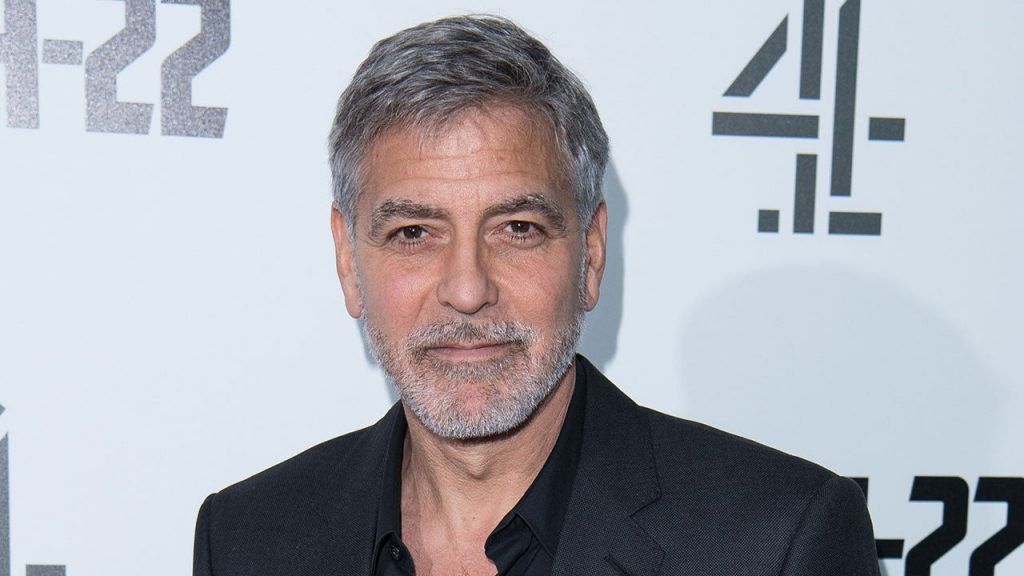 George Clooney is opening up about gun safety on sets. The 60-year-old actor appeared on Monday’s episode of the WTF With Marc Maron podcast, speaking about his experience with guns on sets and giving his take on the fatal Rust incident, in which Alec Baldwin discharged a prop gun on the film’s set that killed cinematographer Halyna Hutchins and injured director Joel Souza.

Clooney has long been aware of the necessity for gun safety on sets, as he lost two friends to on-set gun incidents.

“I was friends with an actor named Jon-Erik Hexum who accidentally pulled a gun up with a blank in it and put it to his head, died from the concussion,” Clooney explained of the actor, who died in 1984 at age 26 after an incident on the set of the TV show Cover Up.

Then, in 1993, Brandon Lee, the son of Bruce Lee, died after being shot with an improperly made blank round during the filming of The Crow. He was 28. Clooney said that Lee’s death, which came amid the late actor’s “big break,” was due to “a series of stupid things.”

“I was good friends, really good friends, with Brandon Lee,” Clooney said. “… My cousin Miguel [Ferrer] was gonna be his best man the next week at their wedding. Miguel and Brandon and I played ball and hung out at the Hollywood Y three days a week.”

Those incidents and others made Clooney extremely cautious of firearms on sets, with the actor explaining, “Every single time I’m handed on a gun on set, every time they hand me a gun, I look at it, I open it, I show it to the person I’m pointing it at, show it to the crew. [After] every single take you hand it back to the armorer [and] you do it again.”

As for the “insane” and “infuriating” Rust incident, Clooney lamented the use of dummy bullets, and spoke out against the hiring the film’s 24-year-old armorer, Hannah Gutierrez-Reed.

Santa Fe County Sheriff Adan Mendoza previously told the media that Gutierrez-Reed, Baldwin, and Rust‘s assistant director David Halls were the three people who handled the weapon on set, noting that they have all “been cooperative in the investigation and have provided statements.”

Both Halls and Gutierrez-Reed have released statements through their attorneys, while Baldwin has spoken out publicly, defended the set’s working conditions and written about the importance of gun safety on sets.

“The problem is dummies are tricky because they look like real bullets. They got tiny little holes in the back that somebody’s taken all the gun powder out,” Clooney said. “… We need to be better at making sure the heads of our department… [are] experienced and know what they’re doing, because this, it’s just infuriating.”

“It’s infuriating that you get to the place where the things you’re skimping on [are safety issues],” he added. “Listen, I don’t believe there’s any intent by anybody to do anything wrong — it’s a terrible accident — but a 24-year-old person with very little experience shouldn’t be heading a department with guns and bullets on it.”

Jason Bowles, Gutierrez-Reed’s lawyer, previously disagreed with speculation that his client was too inexperienced to do her job.

“She’s actually very experienced. She knows firearms. She knows safety. She knows the principles. This is not about her being inexperienced. It’s about a production set where they didn’t give the resources,” Bowles said on Good Morning America. “She wasn’t a full-time armorer. They didn’t pay her for that. They didn’t have her in that. It’s the way they wanted to allocate resources and the emphasis on profitability, frankly, over safety. That’s really what the case is.”

In the wake of the Rust shooting, Serge Svetnoy, the film’s chief electrician, sued Baldwin, Gutierrez-Reed, Halls, and others, over the on-set incident, according to court docs previously obtained by ET.

Svetnoy claims in the docs that the defendants’ alleged negligence caused him severe emotional distress. He additionally alleged the bullet that struck both Hutchins and Souza nearly hit him too, adding that he was the one who tried to comfort the cinematographer and keep her conscious after she was hit.

Additionally, Lane Luper, the former camera assistant for Rust, told GMA that he quit the project one day before the fatal incident over “lax COVID policies, the housing situation… and specifically gun safety, a lack of rehearsals, a lack of preparing the crew for what we were doing that day.”

Producers of the film disputed Luper’s claims to ABC News, calling them “patently false,” and noting that “he had absolutely nothing to do with, or knowledge of, safety protocols” on the set.

Baldwin, meanwhile, recently told paparazzi that Hutchins was his “friend.”

“The day I arrived in Santa Fe to start shooting I took her to dinner with Joel, the director. We were a very, very well-oiled crew shooting a film together, and then this horrible event happened,” he said. “… There are incidental accidents on film sets from time to time, but nothing like this. This is a one-in-a-trillion episode. It’s a one-in-a-trillion event.”

As for what Clooney thinks, the actor-director told Maron that the Rust incident “should change a lot.”

“After Brandon died, it really became a clear thing of open the gun, look down at the barrel, look in the cylinder. It’s harder with dummy bullets, I have to say, because if I stuck six dummy bullets in your hand, you would think they’re real bullets,” he explained. “… It’s hard because… it just really is a series of tragedies, but also… a lot of stupid mistakes.”

‘Rust’ Shooting: Everything We Know About the Tragedy