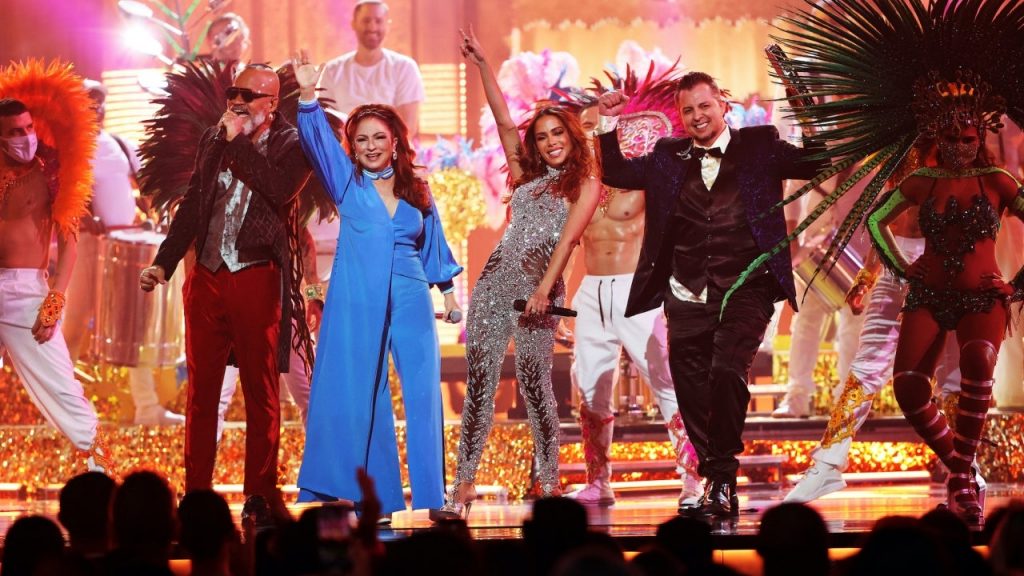 The music icon was front and center as she opened the 22nd annual Latin GRAMMYs in Las Vegas on Thursday. Estefan was joined by Anitta, Carlinhos Brown, Laercio da Costa, Pedro Capo, Farina, Giulia Be and Diego Torres for a three-song medley.

The stage was filled with musicians and dancers in feathered ensembles, as Estefan looked sensational in a blue gown with matching jewelry. She kicked off the performance with “Abriendo Puertas” with Farina and Giulia Be, before she transitioned to “Cuando Hay Amor” with Capo and Torres.

Brown and Anitta then brought the Brazilian flavor as they sang “Magalenha” with Estefan.

Ahead of the performance, Anitta told ET on the red carpet about Estefan, “She’s an inspiration, her career, when I want to picture how to build a career, for me, she’s next level. I cannot even believe we’re friends.”

Estefan is a four-time Latin GRAMMY winner and this year her album, Brazil305, is up for Best Contemporary Tropical Album.

This year’s Latin GRAMMYs theme is “Rediscovering Life Through Music,” inviting audiences to rediscover what’s important in life by using music as a storyline.

Check out more of ET’s Latin GRAMMY Awards coverage, and winners list, below.