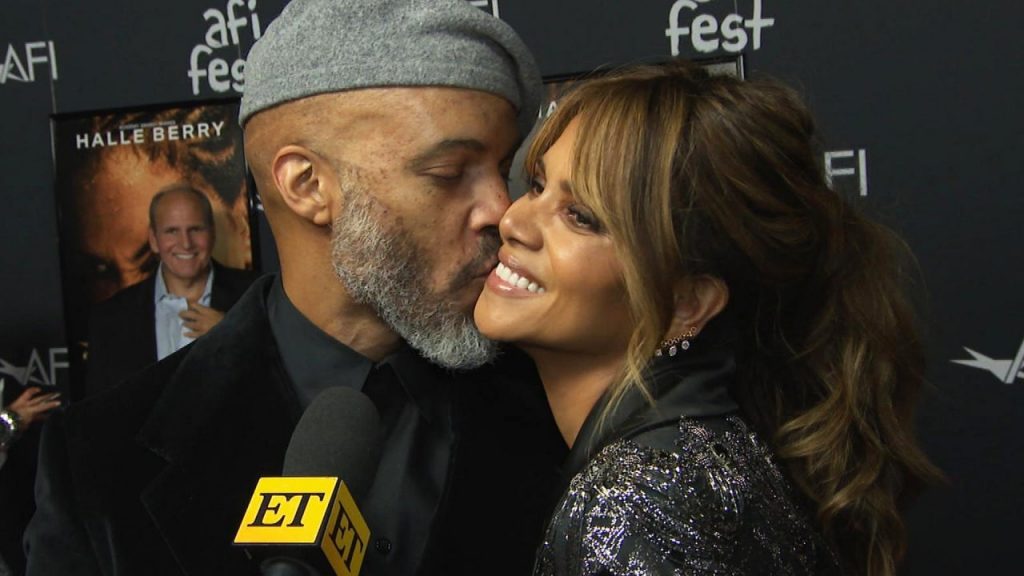 Halle Berry and Van Hunt have something special.

The couple had a date night at the AFI Fest screening for Berry’s new movie, Bruised, in Hollywood over the weekend, where they fawned over one another. While chatting with ET’s Kevin Frazier on the red carpet, the two joked that Berry’s 8-year-old son, Maceo, “married them” after they were asked if they wanted to make things “official.”

“I would love to,” Hunt told ET, with Berry adding, “It is official.”

The couple, who have been together since September of last year, also played a quick game, with ET naming three of Hunt’s songs and him explaining how they relate to Berry.

The first was “The Thrill of This Love,” which Hunt replied, “Well, there’s a line in there about reckoning with a beauty and the only thing… See, I can’t even finish, yeah…”

Berry added, “Supposed to get right down under the sheets.”

“Seconds of Pleasure” came next with the actress sharing that it’s her “favorite.”

“Well, ‘Seconds of Pleasure,’ it relates to Halle in that she loves a good shuffle beat,” the artist said, before sharing how “Hole in My Heart” relates to his lady love. “‘Hole in My,’ that’s a good one. The chord changes relate to how she’s both complex and humorous.”

Berry, meanwhile, makes her directorial debut with Bruised, a drama in which she also stars as a disgraced MMA fighter seeking redemption.

The musician expressed that it’s been “amazing” watching Berry on this journey. “And she also produced too, and I don’t think she meant to produce. But she wound up having to produce the film as well and it was an amazing accomplishment.” Hunt said.

As for Berry taking on the project, she said, “These are the characters I love, love, love. They’re the closest to humanity and what we’re all fighting and dealing with, fighting our way through. My well is deep. I had a long life filled with ups and downs and anytime I get to dig into my well and pull out my character, it’s a good day.”

Berry had to do extensive training with top trainers and athletes to prepare, a task she said she would “absolutely” do again. “It was some of the best fun I think I ever had,” she said.

Hunt and Berry also worked together on the film’s soundtrack, which features a star-studded list of female performers.

“That was amazing, and I love working with Van. He is my person, he wrote the title song and H.E.R. sang it, ‘Automatic Woman,'” she expressed. “But what I loved was getting to bring all these women together to create the first-ever hip-hop album. Like, it had blown my mind that that had never been done before, and I thought, ‘Well sh*t, I’m gonna do it!”

Among the artists involved include Cardi B, who previously joked that Berry’s skin is so soft she wanted to bite her shoulder.

Bruised will be in select theaters on Nov. 17 and streaming Nov. 24 on Netflix. See more in the video below.