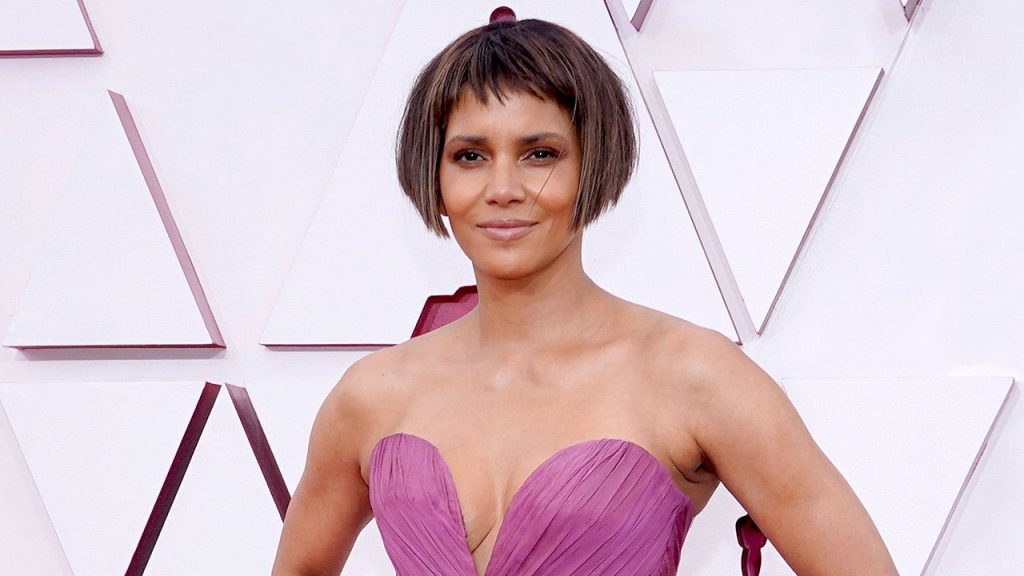 Halle Berry is down to take another turn with Catwoman’s whip under one condition: she takes the reins.

For those who might not recall, the Bruised actress famously starred as mousey Patience Phillips, who becomes the titular hero in DC’s 2004 film, Catwoman. Berry’s version of the character uncovers a sinister plot within a cosmetics company run by Sharon Stone’s villainous Laurel Hedare and is drowned by Laurel’s henchmen. She’s revived by an Egyptian Mau cat named Midnight and gifted with cat-like abilities that allow her to get revenge for her “death” and live outside the law.

A wave of praise for the film has risen through social media after the film began streaming on HBO Max, which Berry is grateful for, but admittedly bewildered by.

“I’m seeing all the Catwoman love, everybody,” the actress tweeted on Oct. 25. “Where were you guys 17 years ago ?”

During an appearance on Jimmy Kimmel Live, Berry shared that although she hadn’t been upset about the initial criticism of the film, she did feel that all the blame for its flaws was put on her rather than production as a whole. (Berry famously appeared at the 2005 Golden Raspberry Awards to accept her Razzie for Worst Actress in person, with her Best Actress Oscar.)

“You know, I worked really hard to be a Catwoman. I learned Capoeira, I did the work,” she said. “The disheartening part was I didn’t direct it, I didn’t produce it, nor did I write it. I was just the actress in it. But for all these years, I have carried the weight of that film.”

“And you know whatever success it–had or didn’t have–somehow it seemed like it was all my fault. But it really wasn’t my fault, but I’ve been carrying it. So when that came up, it gave me a chance to sort of like to stick it back,” she added.

But the experience hasn’t left her jaded; in fact, the actress said she’d be open to returning to the cat cowl under one condition. “If I can direct it,” she told Kimmel.

Berry said the same thing during an interview with Jake’s Takes, saying that she would be happy to redo the film after making her directorial debut with her Netflix drama.

“If I could get ahold of that now, knowing what I know having had this experience and reimagine that world the way I reimagined this story. Bruised was written for a white, Irish-Catholic 25-year-old girl and I got to reimagine it. I wish I could go back and reimagine Catwoman and have a redo on that,” she said.

“I would have Catwoman saving the world — like most male superheroes do — and not just saving women from their faces cracking off,” she added, sharing her vision of the new version. “I would make the stakes a lot higher and I think make it more inclusive of both men and women.”

Bruised debuts on Netflix on Nov. 24.

Halle Berry Calls These Leggings From Amazon an ‘Everyday Essential’