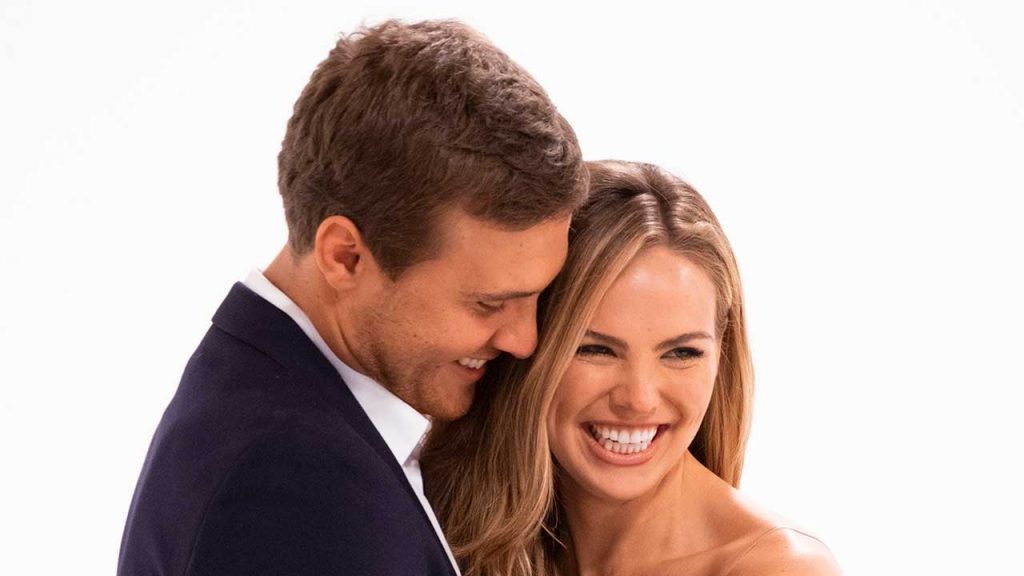 Prior to the previously unknown hook-up, Peter had been reeling from Hannah breaking up with him on The Bachelorette, after the pair slept together in a windmill on the show.

“It was just a weird, weird time,” Peter said on his Bachelors in the City podcast. “… I was into Hannah. I was definitely feeling it with her. Obviously it ended. It was tough.”

It was hard for Hannah, too, who told People, ahead of the release of her memoir, God Bless This Mess, “I was so upset breaking up with him. I know he really did care about me and he’s such a great guy. I was really confused.”

As Peter started being approached to be the next Bachelor, he admits that he was “still thinking about Hannah,” and was “really nervous” to see her for the first time at the After the Final Rose taping. The reunion ended up going “really well,” and Peter and Hannah “chatted just for a second” off-camera about potentially seeing each other.

Peter felt “all the emotions kind of start flooding back” during their chat, and thought that maybe their romance wasn’t “completely over.” But then, Peter saw Hannah’s ATFR conversation with Tyler Cameron, in which she asked him out and he accepted.

“I was, like, bummed. I remember watching that [thinking], ‘Maybe this was kind of in my head,'” he said.

Peter and Hannah exchanged a friendly text after that, and had one conversation on Instagram, but their line of communication soon “fizzled up,” and Peter went on The Bachelor.

“Once I knew that, it helped shield my feelings for him,” Hannah said of learning that Peter would be leading the next season of the franchise. “I still didn’t know if I could get there with him.”

During the first night of filming the season, Hannah appeared on the show to wish Peter well, and once again, the feelings “came back a little bit.” Then, she came on the show again, this time to host one of Peter’s dates. It was during that date, that Peter told Hannah he’d quit the show if she’d be with him.

“I told her that I would quit the show. I would leave. I didn’t know how I was going to leave. It was probably the stupidest thing in the world I could’ve said, but I told her that I would leave the show if she wanted to give this a shot,” Peter said. “I think I even made a joke like, ‘Where do you want to go? We’ll hop on a flight right now. They can’t physically force us to stay here.'”

“Going back and seeing him as the Bachelor, it brought up a lot,” Hannah, 27, said. “Peter told me he’d quit the show, 100 percent, if I could say that I wanted to be with him. I wanted to go on a date with him, but I couldn’t say that I knew for sure.”

The conversation ended without the pair “really getting to any conclusion,” Peter said.

Eventually, his season wrapped filming, and his relationship with his then-fiancee, Hannah Ann Sluss, was quick to fizzle. That time, Peter said, was “tough” for him.

Then, as his season of The Bachelor was airing, Peter got invited to Dylan Barbour and Hannah Godwin’s engagement party, and was eager to go when he learned Hannah Brown was going to be in attendance.

“I see Hannah Brown walk in. She’s got this beautiful dress on. The first thing you see is that big, beautiful smile. I was like, ‘Phew. Alright. How is this gonna go?'” Peter recalled. “… We end up chatting or whatnot. We have to do this in secret, because no one can know about anything.”

Peter left the party, but soon circled back for Hannah. The pair had “a good talk” on the drive and eventually ended up at Peter’s house, where they slept together.

“I definitely opened up with her about a lot about stuff,” Peter said. “… It was good. We spent the night with each other. That was it. That was the last time that I saw her physically.”

“The chemistry just wasn’t there,” Hannah said of the encounter, a statement that Peter agreed with.

“It just really wasn’t fully there, I guess,” he said. “I agree with what she said. It wasn’t the same as we originally felt, but nonetheless it was great to talk.”

Afterwards, Hannah found out that Peter “had another girl on his mind.” That girl was his runner-up, Madison Prewett, who he briefly dated after his season finished airing.

“Things might not have turned out the way I expected, but I try to learn from every moment,” Hannah said. “I don’t wish ill on anybody. And I’m in a really good place.”

Peter also teased that his hook-up with Hannah is one of many things that fans don’t know about the aftermath of his season of The Bachelor.

“Guys, if I could just write a story of the second my season finished and everything that transpired… This would be the most dramatic book you could ever imagine,” he said. “…. You don’t know how bad I wish I could give this to you. How about you guys lobby for the show to release me from contract [so I’d] be able to write it all down on paper. I will gladly give it to you… It’d be insane.”

PrevPreviousDominic West’s Real-Life Son Cast as Prince William in ‘The Crown’
Next‘Emily in Paris’ Season 2 Trailer: It’s About to Get Even MessierNext