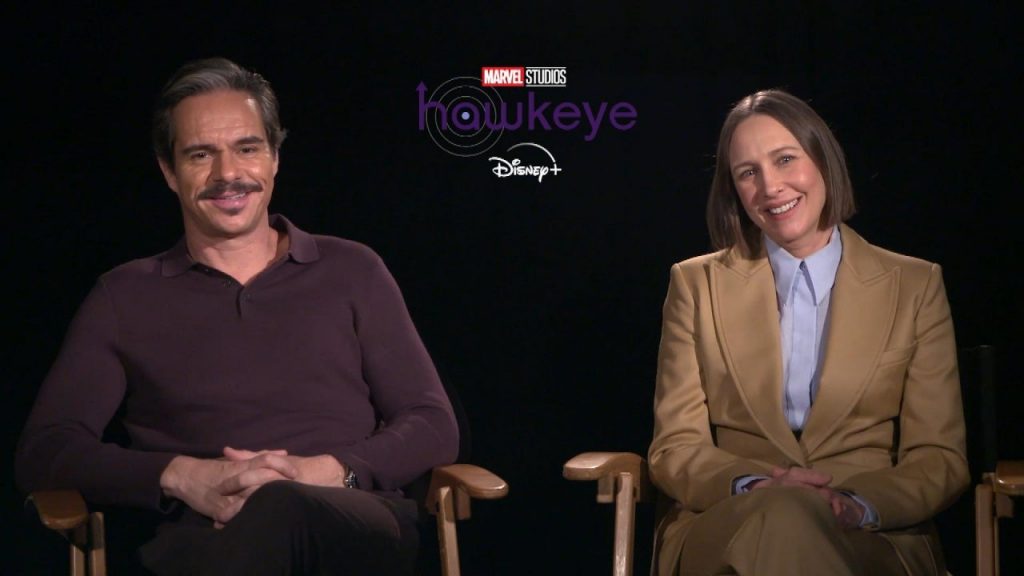 The series shows Clint reluctantly taking Kate under his wing after the pair find themselves in the midst of a dangerous plot — and just in time for Christmas! Along with the members of New York’s criminal underground, the series also introduces a new crop of Marvel characters that comics fans are excited to see onscreen, including Kate’s mother, Eleanor Bishop, played by Vera Farmiga.

“It’s a story about family connecting and feeling the closeness, or the disconnect, as the case may be,” Farmiga told ET’s Denny Directo of the series. As for setting the show at Christmas time, she added cryptically, “The holidays always make everything just cozier, more emotional… and always more complicated.”

Complicated is right. When Kate returns home for Christmas, she gets an unexpected surprise, learning that her mother is engaged to Jack Duquense, played by Tony Dalton.

“He’s sort of a family friend,” Dalton said of his character during the Hawkeye press conference prior to the show’s release. “You don’t know where he’s coming from.”

While Hawkeye viewers may be in the dark about Jack’s intentions, Marvel fans known that there’s plenty of comic canon for the show to mine when it comes to his character. Jacques Duquesne, known better as Swordsman, is a long-running Marvel comics character first introduced in 1965.

A master swordsman, obviously, the character is perhaps best known for taking a young Clint Barton under his wing and teaching him about bladed weapons, while a fellow carnival performer, Trick Shot, taught him how to shoot his bow and arrow. So, while the character starts out as a part of Kate’s story, fans will surely be wondering if and how this version of Jack Duquense knows the original Hawkeye as well.

Dalton told ET that he wasn’t given any specific comics as a reference point when starting the series, but he did do some research on his character’s canon.

“There’s one part of it that you kind of get an idea of what the character is, and then on the other hand the way it’s done [in Hawkeye] is, it’s sort of ventured off to a completely different story or character than it was in the comic books,” he shared. “But it’s good to get an idea of the essence of why this character was created in the first place.”

As for swordplay, Hawkeye‘s second episode sees Jack taking up a fencing epee to square off against Kate, but will we get to see some real Swordsman action?

“I use a little butter knife, but I’m not supposed to say that,” Dalton joked of his fancy dinner party scenes with Farmiga, stealthily avoiding the question. “One of those butter knives one day might get deadly… Or not, maybe we’ll just cut some butter.”

The actor did admit, however, that he’d “brushed up” on his fencing skills prior to starting the series.

“You want to look like you know what you’re doing, you know?” he told ET. “It was great, I loved it. I love fencing, it’s super fun. And also, being able to have a character that loves swords and kind of just grabs them and uses them is a hell of a lot of fun.”

Farmiga teased him about being a “sword geek,” leading to a possible new moniker for the character. “It’s more like the Sword Nerd, not the Swordsman,” Dalton laughed.

Throughout the Marvel canon, Jacques Duquesne has vacillated between hero and villain. He took in Clint and trained him, but later fought him and left him for dead over greed and gambling debts. He’s worked for Batroc, Red Skull and Eggman, but also fought alongside Mantis and Power Man. He joined the Avengers as a double-agent for the Mandarin, but had a change of heart and later sacrificed his life for the team.

So, does Dalton find it more interesting to play a good guy or a bad guy?

“I like a little bit of both,” he said coyly.

“I like a whole lot of both,” Farmiga chimed in. That’s an interesting observation, given who Eleanor has become in some of the Kate Bishop comics, which have seen her sinisterly involved with Kate’s nemesis, Madame Masque.

During her Hawkeye press, the actress made a point to mention that she also has archery and Kumdo training, noting to ET, “Mama Hawkeye is also very capable.” But she played coy during the show’s press conference about any possible twists and turns for her character. “Does it get dark, a little bit?” she teased. “We’ll see. We’ll see.”

For now, the pair simply shared their excitement to be a part of the Hawkeye story and join the larger universe of the MCU.

“Yes, it’s a universe, but it’s a really small planet when you work on it, you know? It’s our little planet,” Farmiga observed. “How it fits into the larger universe is awesome, to be able to have that support in terms of a fan base already built in.”

‘Inside ‘Rogers the Musical’ and How It Sets Up ‘Hawkeye’ (Exclusive) 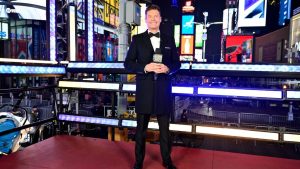 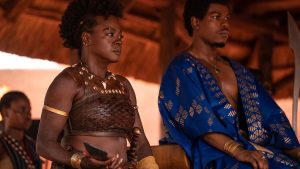