‘Hellbound’ is the new ‘Squid Game’ 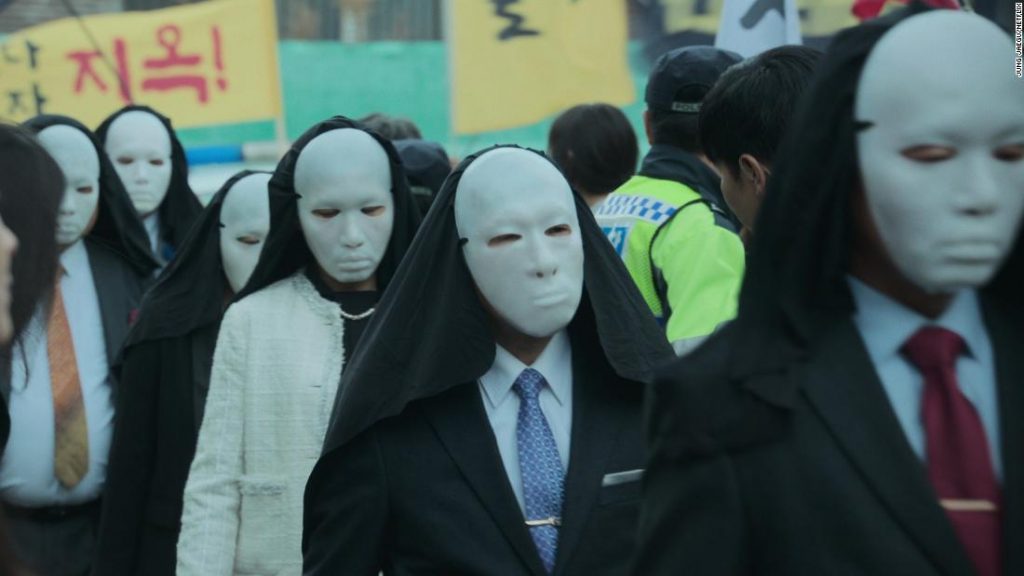 Share on facebook
Share on linkedin
Share on twitter
Share on email
And we aren’t even talking about the deaths that are happening on screen.
“Hellbound” is the latest Netflix Korean drama to captivate audiences.
The dark fantasy is “a story about otherworldly beings who appear out of nowhere to issue a decree and condemn individuals to hell,” according to Netflix.
“These supernatural events cause great mayhem and enable the religious group The New Truth to grow in influence,” the description goes on to read. “A few people, however, become suspicious about its activities and begin investigating its involvement in mysterious events.”
Read More
Netflix had a huge global hit earlier this year with “Squid Game.”
That series centers around contestants who are deeply in debt that play children’s games in order to win a ton of cash. Losers forfeit their lives.
In October, Netflix told CNN the drama was its “biggest-ever series at launch” and viewed by 111 million accounts since debuting on September 17.
“Squid Game” creator Hwang Dong-hyuk has confirmed that a second season is coming.