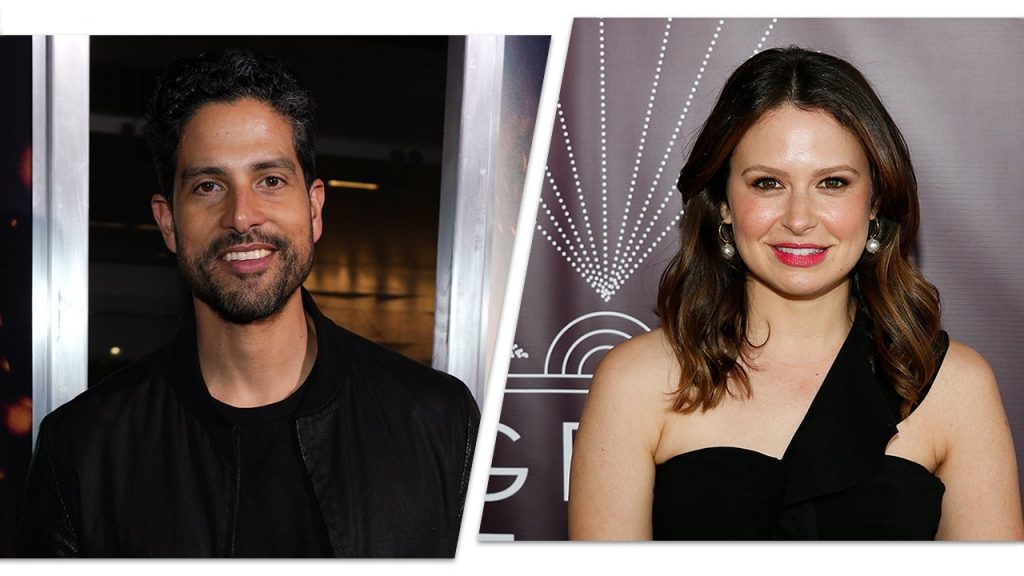 CBS is getting into the holiday spirit.

A Christmas Proposal, which airs Sunday, Dec. 12, follows down-on-her-luck chef Maria Winters (Camacho), who dreams of starting her own line of food trucks, and agrees to pose as the girlfriend of hotshot Seattle attorney Julian Diaz (Rodriguez), visiting his family for Christmas, to help him prove he’s the ideal candidate to take over the family firm. But their business arrangement is complicated by the magic of the season as real sparks begin to fly.

“I’m thrilled to be bringing a Christmas movie featuring a Latinx family into people’s homes this year! This is a fun story with romance and family drama that everyone can find relatable and returning to CBS to produce this was a joy!” said Rodriguez, who is also an executive producer on the film, in an exclusive statement to ET.

Christmas Takes Flight, which debuts the following week on Sunday, Dec. 19, centers on a holiday battle of wills between pilot Jenny Beckett (Lowes) and Matt Hansen (Williams), a number-crunching CEO who purchases Jenny’s family-owned, regional airline. Matt’s cost-cutting initiatives threaten Christmas when he cancels the airline’s annual holiday charitable benefit for underserved children. Determined to show Matt that the sweetest things in life are worth any price, Jenny rallies the community to help save the event and unexpectedly finds herself falling for the magnate in the process.

“I have always dreamed of being in a holiday movie, so you can image how excited I was about this project!” Lowes told ET in an exclusive statement. “I love how these films make people feel the spirit of the season. It was often in my mind during filming! And of course one huge perk of doing this movie — I got to meet Santa Claus on set. I literally got to work with Santa. And when you get to spend a day with Santa, you know I had him make a personal video to my 4-year-old son, Albee, telling him to clean up his toys and put his dishes in the sink! We watch it all the time.”

For more on the holidays, watch below.

Best Holiday Gifts Under $200 On Amazon

PrevPreviousThe Best Deals on Stocking Stuffers for Everyone on Your Christmas List
Next’90 Day Fiance’: Steven and Alina Get Married (Exclusive)Next