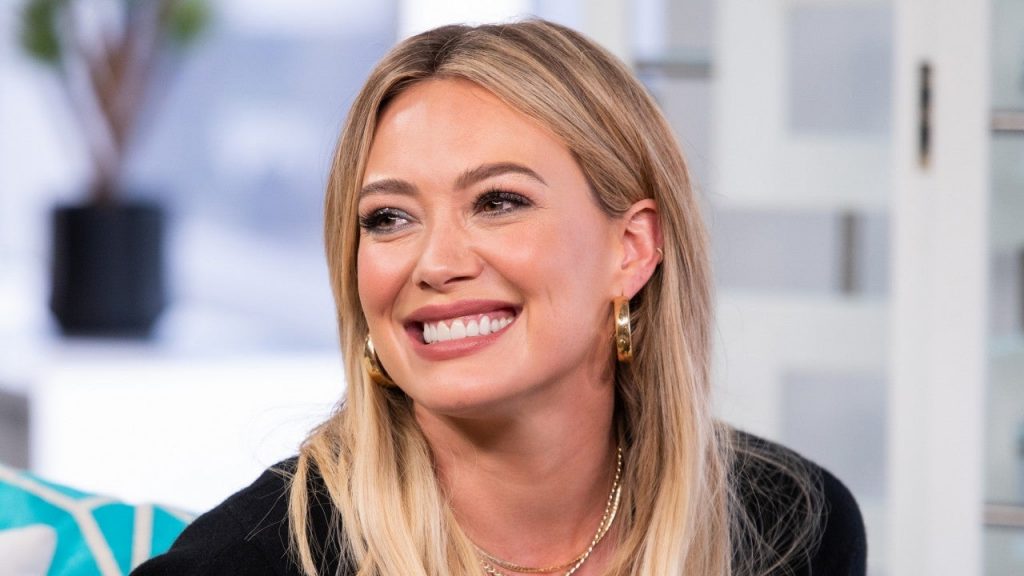 Hilary Duff is reminding her fans that she still has her classic dance moves!

The How I Met Your Father star joined in on the latest TikTok craze after several of her past performances went viral. The 34-year-old actress recreated her now-iconic choreography for “With Love” from a 2007 episode of The Tonight Show With Jay Leno. Duff shared the video on her Instagram page on Monday, joking that she was giving in so people would stop texting her about the viral videos.

Duff has never been afraid to take a trip down memory lane, but recently the star has been hard at work on her upcoming project, filming the sequel series to How I Met Your Mother. The new show is expected to drop sometime next year on Hulu and it was recently announced that veteran TV star Kim Cattrall has been cast as the older version of Duff’s character, Sophie.

The mother of three spoke with ET at the Baby2Baby 10-Year Gala presented by Paul Mitchell, where she couldn’t help but gush over the 65-year-old Sex and the City alum.

“I’ve been to work every single day for the past, like, 11 weeks, and the day that she shot was my day off, and I was like, ‘I’m coming to work.’ Like, what the hell, don’t leave me out of this one ’cause we’re not actually shooting together,” Duff explained of Cattrall’s time on set. “She plays all the flash forwards, and she’s just incredible — like, really incredible. She speaks and you’re just like, ‘I’m listening.'”

Duff was thrilled to be working with the actress, adding, “She’s just a force, but she’s so kind. She’s so warm, and I’m so excited to have her on board, truly. It’s a really cool show, and I’m really proud of it and happy to have someone like her stepping on in.”

As for the comparisons between the two TV stars, Duff said she sees the resemblance.

“Honestly, we kind of look alike,” she admitted. “I never realized it, but when we were sitting there, I was like, ‘I can see this, and God, I hope I look like you!'”

PrevPreviousOlivia Munn Explains Why She Doesn’t Refute Rumors About Her Relationship With John Mulaney
NextNew Year’s Eve Ball Drop Back In-Person in Times Square; Guests Must Show Proof of VaccinationNext