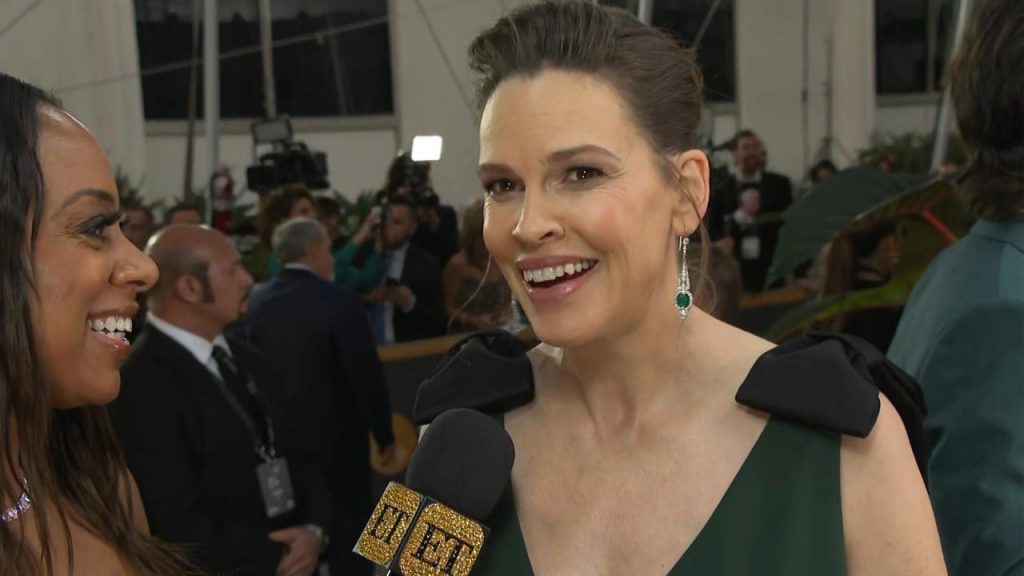 Hilary Swank Says She ‘Loves Being Pregnant’ With Her ‘Magical’ …

’90 Day Fianc?’: Michael Reveals Affair With Another American Wo…

Hilary Swank is a proud mom-to-be!

The Alaska Daily star, who is expecting twins with husband Philip Schneider, lovingly cradled her growing baby bump on the Golden Globes carpet Tuesday. Swank exuded chic elegance in a deep green sleeveless V-neck gown with her hair pulled up in a bun. She topped off her look with Tiffany earrings, bracelet and Etoile ring.

The 48-year-old actress announced in October she was pregnant with twins. Swank, who sweetly exclaimed “Mama’s in the house!,” spoke with ET’s Nischelle Turner ahead of the ceremony, revealing she’s six months along and is counting down the remaining months in her pregnancy journey.

“It’s been magical, it’s been so wonderful,” Swank said of her experience so far. “I love being pregnant and I just feel so blessed and so happy, happier than I’ve ever felt.”

“It’s just nice to see a lot of women in their 40s going, ‘You gave me hope,’ because once you really believe something can happen, you have a different thought pattern, you know what I mean? You get out of your own way,” the actress said.

“You know what? The sky is really the limit if you allow yourself to believe in all realms,” she added.

In a sweet moment on the carpet, Swank and Schneider shared a kiss to celebrate their night out.

Swank admitted she hasn’t planned out the babies’ nursery yet as she just finished production on Alaska Daily days ago.

“Now, it’s time to start nesting. I have three months!” she said.

Swank, who is nominated for her role as investigative journalist Eileen Fitzgerald on the freshman ABC drama, said it’s “an honor” to be nominated and “shining a light on the missing and murdered indigenous women that the show represents.”

Hilary Swank Celebrates Her Pregnancy With Twins on Christmas