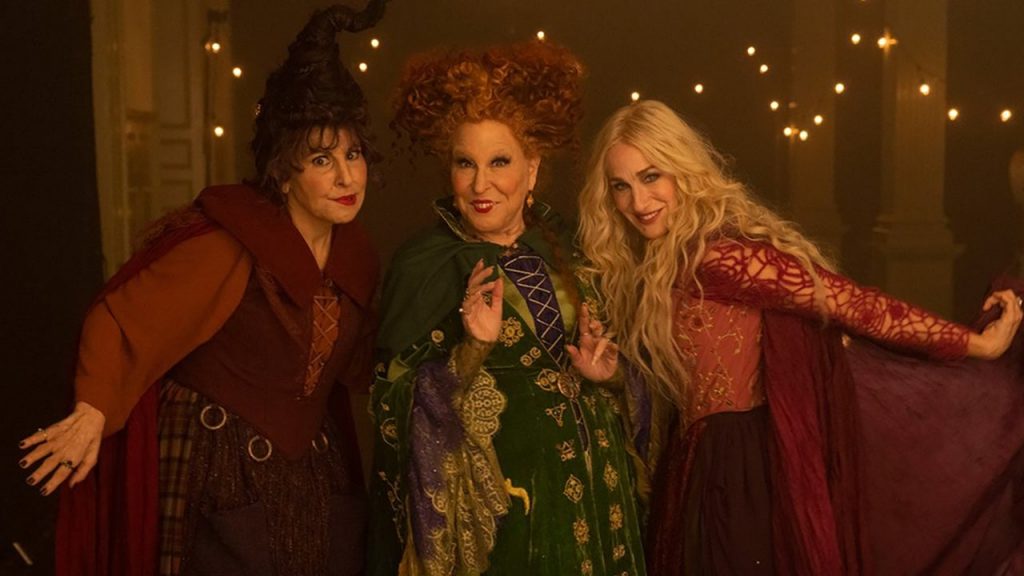 After it was officially confirmed that Bette Midler, Sarah Jessica Parker and Kathy Najimy would reunite to reprise their roles as the Sanderson Sisters in May, Disney+ shared the first official look at the three stars back together as they begin filming Hocus Pocus 2.

“They’re already running amok, amok, amok! ? @BetteMidler, @SJP, and @KathyNajimy are in production on #HocusPocus2,” the streaming platform shared on Twitter as part of its ongoing celebration of Disney+ Day.

In addition to the new photo of the stars, Disney+ also announced that the film will premiere in Fall 2022. Hopefully just in time for Halloween.

When the sequel to the 1993 classic was first announced, ET previously reported that the film will “see three young women accidentally bringing the Sanderson Sisters back to modern-day Salem and must figure out how to stop the child-hungry witches from wreaking a new kind of havoc on the world.”

And rounding out the cast is Doug Jones returning as Billy Butcherson with Whitney Peak as Becca, Lilia Buckingham as Cassie and Belissa Escobedo as Izzy, three young women in present-day Salem who incite the wrath of the three witches.

The original trio each took to Instagram at the time to share the news about the sequel. “Sistaaaahs! It’s been 300 years… But we’re BACK! ?,” Midler wrote on Instagram, while Parker captioned hers, “Yep. I’m ready. To run. Amok, amok, amok, amok.?”

“The people have spoken: I smell children…again,” Najimy teased.

How to Watch ‘Hocus Pocus’

‘Hocus Pocus’ Sequel Is Confirmed for Disney Plus