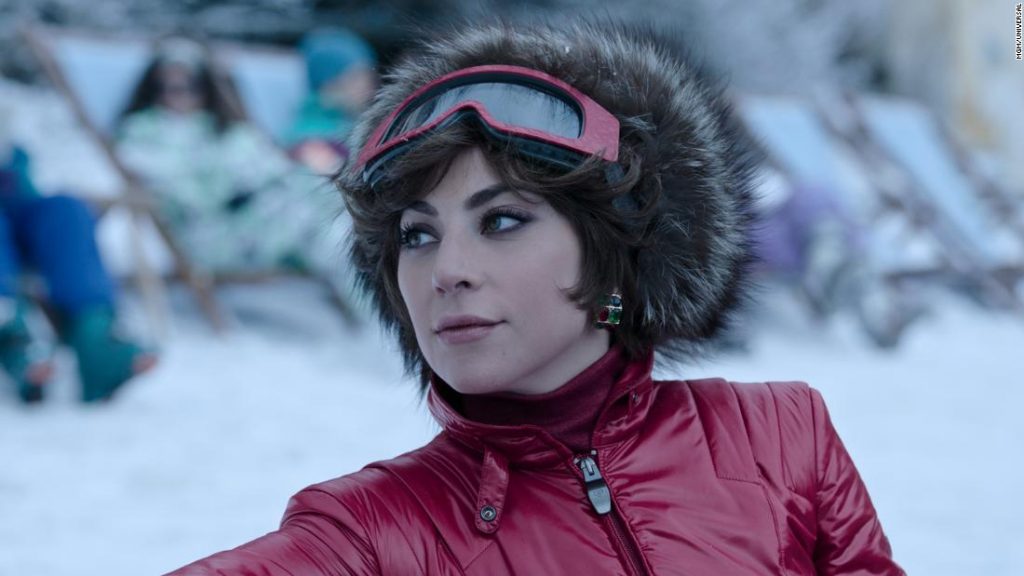 Share on facebook
Share on linkedin
Share on twitter
Share on email
Based on a book and covering nearly two decades from the late ’70s into the mid-’90s, the film hinges on the relationship between Gaga’s Patrizia and Driver’s Maurizio Gucci. The heir was at first disowned by his father (Jeremy Irons) for marrying a lower-class girl, before being wooed back into the fold by his colorful uncle Aldo (Al Pacino), who sees Maurizio as having more potential to lead the family business than his foppish son, Paolo (Jared Leto, under the most unflattering makeup since Tom Cruise suited up for “Tropic Thunder”).
The story begins briskly enough, as Patrizia clearly sets her sights on Maurizio, making his father’s suspicions that she’s “after your money, like they all are” appear not all that far-fetched.
Once together, he’s happy as an outcast but she yearns for more, pressuring him to get back into the family’s good graces and eventually to push for greater control at the expense of his relatives, despite frequent reminders that her claim to the “Gucci” name comes by marriage, not blood.
“It’s time to take out the trash,” Patrizia says, in one of those lines seemingly written for use in the coming attractions.
Read More
It’s a very age-old story, but one that takes unexpected turns as the money rolls in, and the authorities take notice of the family’s finances.
Still, other than Leto’s over-the-top, scenery-chewing performance “House of Gucci” really doesn’t go the extra mile to stress the absurdity of it all, which makes the whole exercise at times feel more like a slightly bloated, inordinately star-studded Lifetime movie than either of the two obvious alternatives — namely, a Coen brothers-esque farce, or a truly gripping tale of lust and greed.
Instead, this old “House” can be enjoyed for the toothiness of its performances (although the accents, Driver’s foremost, take a little getting used to) and the soapy situations without feeling like the attraction this mix of marquee names in front of and behind the camera was intended to yield.
After her breakout work in “A Star is Born,” Gaga demonstrates she’s not just a one-trick pony, capturing Patrizia’s avarice and allure, which causes her father’s male employees to simultaneously applaud and issue catcalls when she saunters into his business. As for Driver, his unusual year has included the bizarre musical “Annette” and period drama “The Last Duel” (also with Scott directing), reflecting just how in-demand the actor is without fully bolstering the case as to why.
Certainly, the detailed touches that went into the movie’s look and sound prove impeccable, from the disco music in the early going (you might walk out humming Donna Summer tunes) to the flashy fashions and runway shows.
Go in with the right attitude, in other words, and “House of Gucci” can still be a good deal of fun. It’s just that despite all its extravagant furnishings, it’s built on a shaky foundation.
“House of Gucci” premieres Nov. 19 in US theaters. It’s rated R.