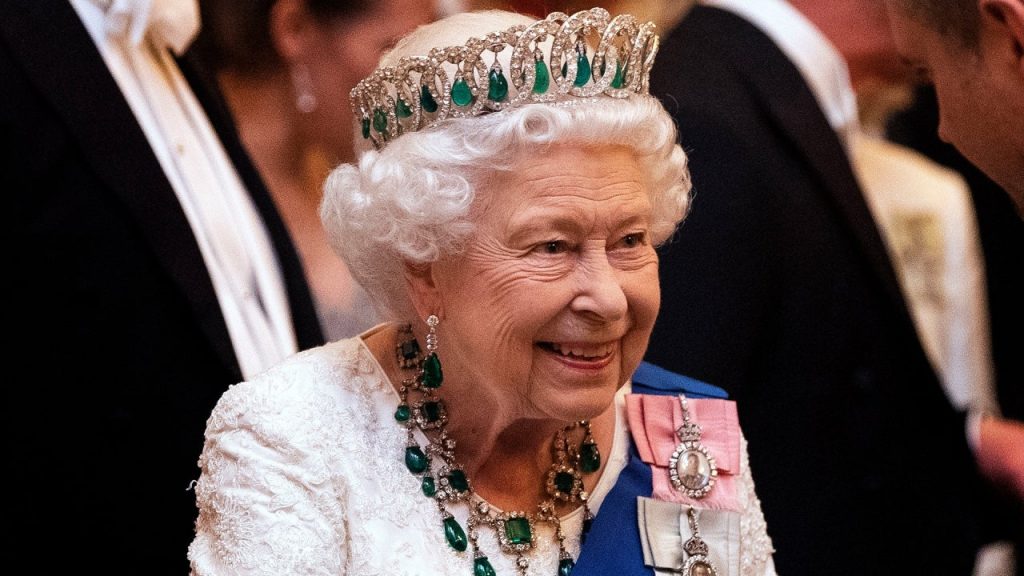 Queen Elizabeth II‘s private jewelry collection is not up for grabs, per se. There’s a pecking order, and it likely starts with Camilla, Queen Consort.

In an interview with ET, royal expert Katie Nicholl dished details on how Her Majesty’s private jewelry collection will be divided among the royal family.

“There is a hierarchy in all of this,” Nicholl said. “The Queen Consort, really, gets first choice of the queen’s jewelry. And after that is Princess of Wales, of course, Kate [Middleton]. The Duchess of Sussex, I’m sure, will come in for some jewelry at some point, but she is much further down the pecking order.”

It should be noted that the crown jewels — along with things like the Imperial State Crown as well as certain royal residences — belong to the nation, not the individuals themselves. The queen’s private collection is another matter entirely.

It’s also difficult to a put monetary value on the queen’s private collection, for obvious reasons.

“While we can put a value of billions onto the crown jewels, putting a value on the queen’s private collection is much harder, simply because we don’t know every piece in her collection,” Nicholl said. “And, also, how can you put a price on something that may have been given to her by a world leader or a king or queen or an emperor or an empress 40, 50 years ago? These pieces have so much significance, historical significance, that it’s very hard to put a price on them.”

“I’m sure there are jewelers that would be able to put the queen’s personal collection based on what we’ve seen, which are tiaras full of pearls and diamonds,” Nicholl continued, “but given that these have been handed down by queens before our late queen, it’s impossible to actually put a value on them. They are simply priceless.”

Perhaps one of the most coveted pieces of jewelry in the late queen’s private collection is the three-carat round diamond engagement ring Prince Philip used to pop the question on July 8, 1947. The story goes, Philip used diamonds from a tiara that belonged to his mother, Princess Alice of Battenberg. The one problem with the ring? It was too big for the queen’s finger! But it got resized just in time for the couple’s engagement announcement at Buckingham Palace.

So it begs the question — who gets that engagement ring?

“Whoever gets to wear that ring is going to be a very, very special piece indeed,” Nicholl added. “I would imagine, possibly, perhaps for Princess Charlotte. We’ll have to wait and see.”