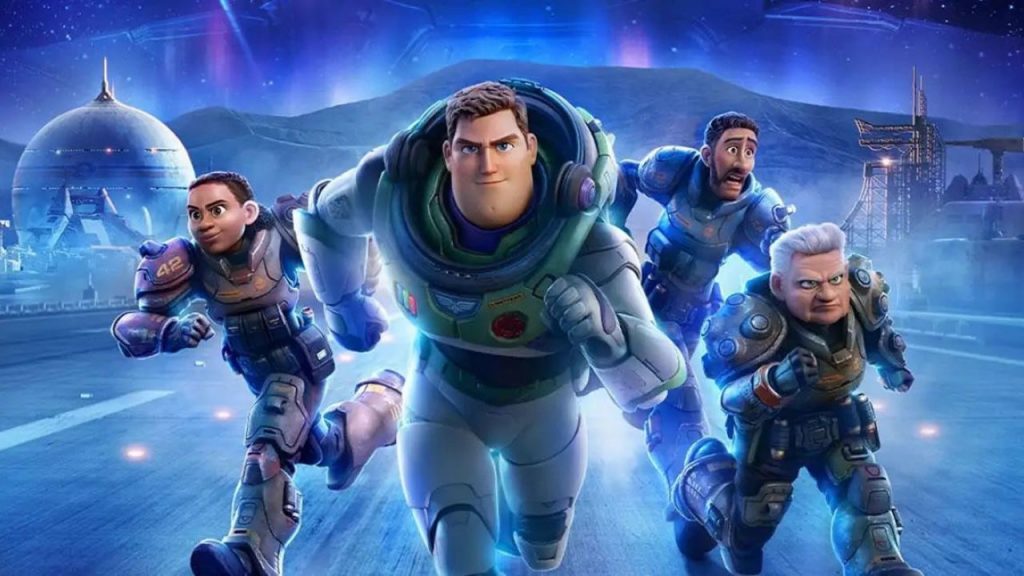 How to Watch Lightyear

Lightyear became available to stream on Disney Plus on August 3. The movie is available to all subscribers and a Disney+ subscription costs $8 a month or $80 a year for ad-free streaming.

Lightyear is now streaming in IMAX Enhanced on Disney Plus. For the first time in the home, Disney+ subscribers can stream select movies in IMAX’s expanded aspect ratio — accessible on all Disney+ supported devices. Even more picture will be visible in select scenes, so you’ll be able to experience the full scale and scope of the picture.

How Can I Watch all the Toy Story Movies Before Lightyear?

If you want to refresh your memory on everything related to the franchise, you can stream all four Toy Story movies on Disney+ and Amazon Prime Video. Plus, you can watch an original documentary about the making of Lightyear on Disney+ as well. Disney+ subscriptions cost $8/month or you can get the Hulu, Disney+ and ESPN+ bundle for $14/month.

Before you get comfy watching Lightyear, you can watch the Beyond Infinity: Buzz and the Journey to Lightyear documentary, which details the creative journey it took to bring Lightyear to the big screen. You can watch all the effort that went into making the prequel. Currently, this behind-the-scenes documentary is exclusively on the Disney+ streaming service.

Rewatch the movie that started it all, including Woody and Buzz’s rivalry-turned-friendship.

Watch Buzz and his pals try to rescue Woody from a toynapper in this second installment of the franchise.

Everyone loves the third film in the Toy Story franchise, after all it includes Barbie, Ken and a band of daycare toy misfits.

Road trips and toys bring back some great childhood memories, and you and unlocked even more while you rewatch Woody, Buzzy and the rest of their pals navigate a road trip gone awry.

Watch the making of Lightyear in this documentary that gives you another way to look at your favorite space ranger.

The Best Movies and TV Shows to Stream This Week

How to Watch the 2022 U.S. Open at Brookline Without Cable

How to Watch ‘Jurassic World Dominion’

How to Watch the ‘Queer as Folk’ Reboot Online

How to Watch ‘Everything Everywhere All at Once’ — Now Streaming

How to Watch ‘Fantastic Beasts: The Secrets of Dumbledore’ Online

‘Obi-Wan Kenobi’ Is Here: How to Stream the ‘Star Wars’ Limited Series

Disney and Pixar’s Lightyear is now available to stream at home. The sci-fi action film hit Disney Plus this morning after originally landing in theaters on June 17. Giving fans a long-awaited look into the iconic character before he became a popular toy, the Buzz Lightyear origin story was the first Pixar movie in years to premiere in cinemas. You can now watch the prequel spin-off of the iconic Toy Story films at home.

The cast is filled with a legendary crew that includes Chris Evans (voices Buzz Lightyear), Keke Palmer (voices Izzy Hawthorne), Taika Waititi (voices Mo Morrison), James Brolin (voices Zurg) and many more talented actors. We know you’re ready to fill your nostalgic heart with this intergalactic tale, so we have all the details on when, where and how you can watch Lightyear — along with how you can stream the first four Toy Story movies and more.