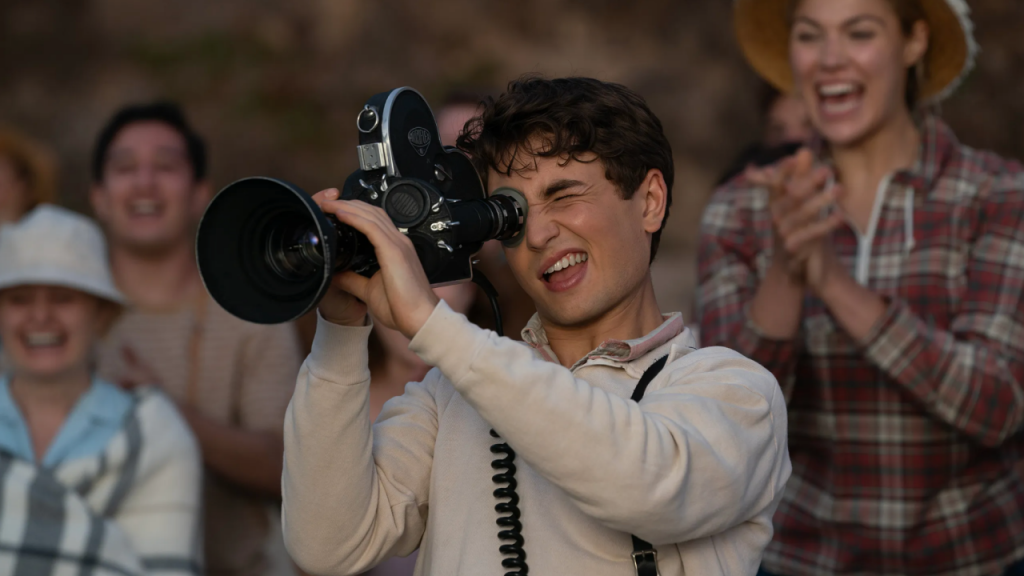 Steven Spielberg’s new semi-autobiographical film, The Fabelmans, won best picture (drama) at the 2023 Golden Globes. With 11 Critics’ Choice nominations and an impressive amount of Oscar buzz, you won’t want to miss out on watching Spielberg’s latest movie. Expected to hit Peacock in mid-February, The Fabelman’s is now available to buy or rent online at Amazon or Apple TV.

The award-winning coming-of-age drama, The Fabelmans, is now available to buy or rent on Prime Video and Apple TV.

Loosely based on Spielberg’s own upbringing, The Fabelmans follows Sammy, a young boy who falls in love with the art of filmmaking after his family takes him to see The Greatest Show on Earth. Gabriel LaBelle stars alongside Michelle Williams, Paul Dano, Seth Rogen and Judd Hirsch.

“It was beautiful,” Dano told ET of the filming experience. “When the captain of the ship is willing to be that open and vulnerable and naked with us, it only invites us to do the same back to him.”

“Steven had opened his heart to us,” Williams, who plays Sammy’s mother, told ET. “And then we opened our hearts to him.”

Here’s how you can watch Spielberg’s most vulnerable movie yet from the comfort of your own home.

How to watch The Fabelmans

Steven Spielberg’s highly personal coming-of-age story is currently available to rent for $20 or purchase for $25 on Apple TV, Prime Video, and Vudu.

Is The Fabelmans streaming anywhere?

The Fabelmans is distributed by Universal Pictures, meaning when it does become available to stream, it will likely be streaming on Peacock. No streaming release date for The Fabelmans has been set yet.

In the meantime, plenty of other big movies of the year are currently streaming on Peacock, including Jordan Peele’s Nope and the Billy Eichner rom-com, Bros.

Golden Globes Get The Look: Fashion Trends Inspired by the Red Carpet

Jennifer Coolidge Weighs In on Her ‘White Lotus’ Future (Exclusive)

Austin Butler on Why He Thanked Denzel Washington at Golden Globes

Shop TV Deals at Amazon, Samsung and Walmart Before the Super Bowl

How to Watch ‘If These Walls Could Sing’

How to Watch ‘The Woman King’ — Now Streaming