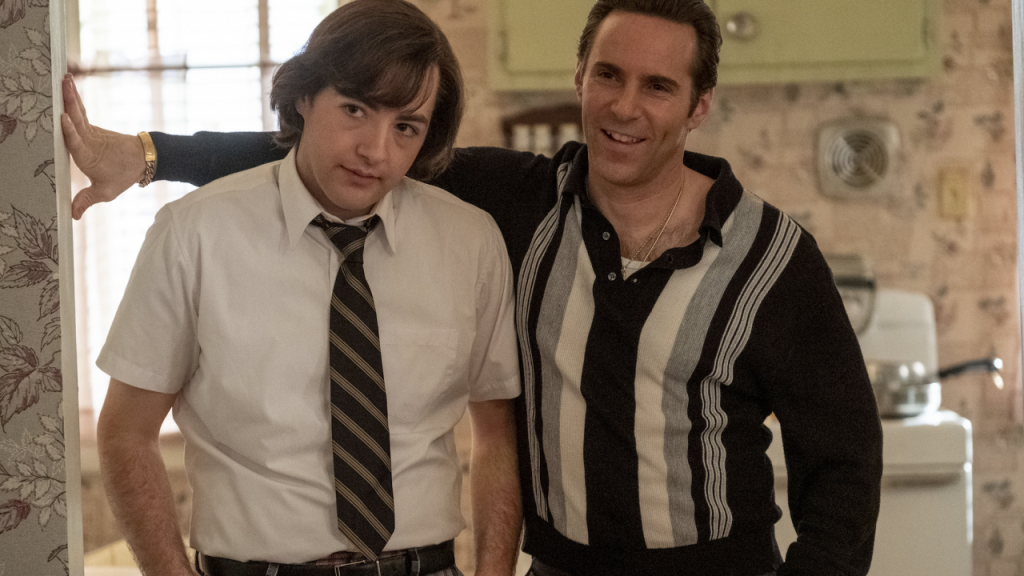 Sopranos fans, let’s take a trip back in time to meet a young Anthony Soprano. That’s right, The Many Saints of Newark, David Chase’s prequel to his critically acclaimed HBO show, The Sopranos, arrived October 1st to screens both big and small.

In The Many Saints of Newark, James Gandolfini’s son, Michael, portrays Tony Soprano in his young life, years prior to the events of the Emmy-winning show. Also stepping back into the world of The Sopranos are frequent episode director Alan Taylor and former Sopranos writer Lawrence Konner. This highly anticipated prequel film can be purchased beginning Nov. 19.

The film takes place in the ’60s and ’70s and covers the period of time when Tony Soprano’s father and uncle ran things in Newark, NJ. The Many Saints of Newark boasts a star-packed cast that includes Leslie Odom Jr., Alessandro Nivola, Corey Stoll, Jon Bernthal, Michael De Rossi, Billy Magnussen, John Magaro, Ray Liotta and Vera Farmiga alongside Michael Gandolfini as he steps into his late father’s shoes.

“I want to make my dad proud, but I want to make the fans proud,” Gandolfini told ET. “I think Tony Soprano is one of the greatest characters ever alive, and David really trusted me and the whole cast trusted me to take on this role with William, who plays a younger Tony, and I’m just so grateful and honored that I got to do that.”

Sounds like a movie you won’t want to miss! To find out how to watch The Many Saints of Newark, and catch up on all the essential episodes of The Sopranos, keep reading below.

Where can I watch episodes of The Sopranos? The entire Sopranos series is streaming on HBO Max, available to subscribers at no extra cost.

‘The Many Saints of Newark’: Inside the Origins of the Sopranos (Exclusive)

How to Watch ‘Justin Bieber: Our World’