How to Watch Your Favorite Holiday Classics: ‘Frosty the Snowman,’ ‘Rudolph the Red-Nosed Reindeer,’ and More 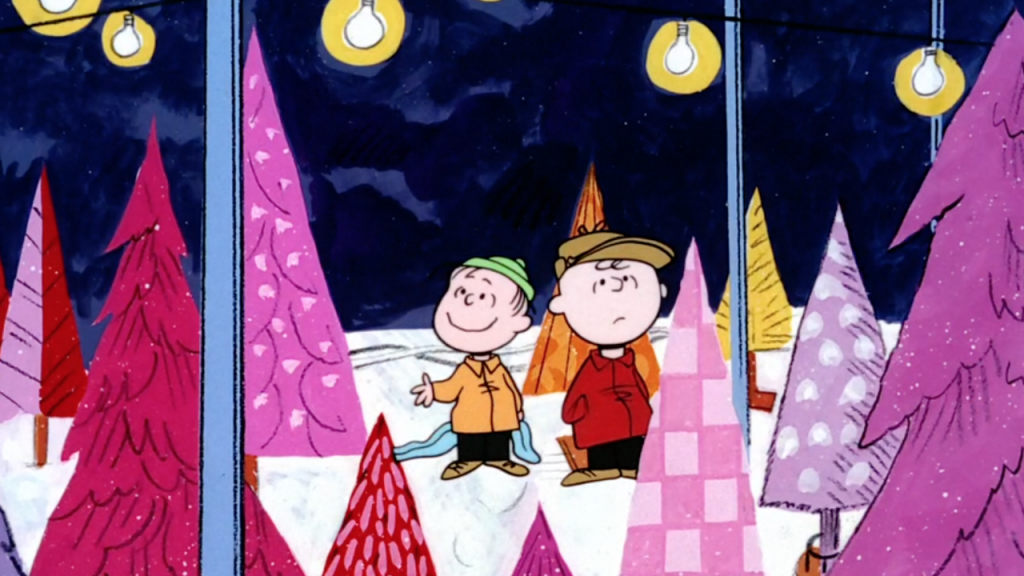 Thanksgiving is finally here, and that means the holidays have officially arrived. So once you’ve finished watching the Macy’s Thanksgiving Day Parade, break out all those decorations without judgement from your neighbors about how it’s “too early,” and ring in the most wonderful time of the year with a few classic holiday specials.

From the sympathetic little sapling in A Charlie Brown Christmas to a not-quite-sinister but certainly surly Dr. Seuss character and his two-sizes-too-small heart, classic Christmas TV specials like Frosty the Snowman and How the Grinch Stole Christmas are jam-packed with holiday nostalgia.

But if you want to watch Rudolph and his so-bright nose gain acceptance and help make Santa’s day by saving Christmas this holiday season, you might be in for a bit of a challenge. In the age of streaming, many of these older holiday specials can be tricky to find online.

CBS has released their holiday schedule, which will include popular specials like Frosty the Snowman, Frosty Returns and Rudolph the Red-Nosed Reindeer, but if you’ve cut that cable cord or simply want the option of streaming these specials on your own time keep reading to find out how you can watch all your favorite holiday classics this year:

A Charlie Brown Thanksgiving is available to stream exclusively on Apple TV+.

In the 1969 Frosty the Snowman, Karen and her friends decide to build a snowman to celebrate Christmas eve, placing a top hat that belongs to the magician, Professor Hinkle, atop the snowman’s head. The magical hat brings Frosty to life, and he and the children dance and play together. But Professor Hinkle is aggrieved over his lost hat, and the temperature is slowly rising, so the children and Frosty begin to make their way to the North Pole to keep Frosty cool. Many pitfalls arise on their journey, but in the end, all it takes is a little Christmas magic to save the day.

If you have cable, you can catch Frosty the Snowman on Freeform, as it’s set to air six times during the network’s ’25 Days of Christmas’ lineup. CBS will also air Frosty the Snowman, on Friday, Nov. 26, at 8:00 p.m, followed by the 1992 animated sequel, Frosty Returns, on Nov. 26 at 8:30 p.m. You can stream CBS through a streaming platform with live TV services such as fuboTV, Hulu + Live TV, and Paramount+ (all of which offer free trials).

Paramount+ and ET are both subsidiaries of ViacomCBS.

How the Grinch Stole Christmas

Though there’s been plenty of adaptations with this surly Seuss character, the original 1966 cartoon of How the Grinch Stole Christmas is an undeniable classic. The Grinch and his “two sizes too small” heart reside in a cave outside of Whoville, and one fateful Christmas eve, his hatred of the holiday gets the better of him, and the Grinch sets out to pull a reverse Santa Claus on the village, stealing all their decorations and presents with the wary help of his dog, Max. The Grinch succeeds in stealing all the physical symbols of Christmas, but finds the residents of Whoville’s Christmas spirit remains, as they gather with no presents or decorations to sing all together on Christmas morning.

The Grinch finally understands the true meaning of Christmas, and his heart grows three sizes, as he returns what he’s stolen to the people of Whoville and joins in on the holiday festivities.

You can stream this cartoon short of How the Grinch Stole Christmas on Peacock with a premium subscription for $5 monthly.

When Santa’s lead reindeer and his wife have a new baby, they’re shocked to find the little fawn, Rudolph, has a glowing red nose. When his peers discover he is different, they cast him out. Rudolph befriends Hermey the elf, who is running away from Santa’s workshop, because he dreams of being a dentist as opposed to building toys, and Yukon Cornelius, a prospector who has spent his life searching for silver and gold.

The trio head out on adventure, first to the Island of Misfit Toys, and then to rescue Rudolph’s friends and family from the Abominable Snow Monster. When they return, an incoming snow storm puts the state of Christmas in jeopardy, and Rudolph and his glowing nose step in to save the day.

This beloved 1964 Christmas special is available to buy on Prime Video for $10.

Even a little Christmas magic can’t keep Charlie Brown’s blues away. When he seeks psychiatric help, Lucy suggests Charlie Brown direct the group’s annual Christmas play. Rehearsals for the show only bring Charlie Brown down more, as he laments about the commercialization of the holiday, and how those around him can’t grasp “what Christmas is all about.” After Charlie Brown picks out a small sapling– the only real tree at the Christmas tree lot– for the play, his friends ridicule him for his choice. But soon after, everyone comes together to makeover the tree and decorate as a group to wish Charlie Brown a merry Christmas.

You can stream A Charlie Brown Christmas on Apple TV+.

Holiday Gift Guide 2021: The Best Gift Ideas for Everyone On Your List

Everything Your Teen Wants for Christmas, According to TikTok

How to Watch LGBTQ+ Holiday Movies and Series

Where to Watch A Charlie Brown Thanksgiving This Holiday Season

The Best Holiday Gift Deals for Kids and Babies

PrevPreviousBest Amazon Holiday Gifts Under $100 — Superga, Tory Burch, Ninja and More
NextKanye West Says He’s ‘Made Mistakes’ in His Marriage to Kim Kardashian: ‘I Need to Be Back Home’Next