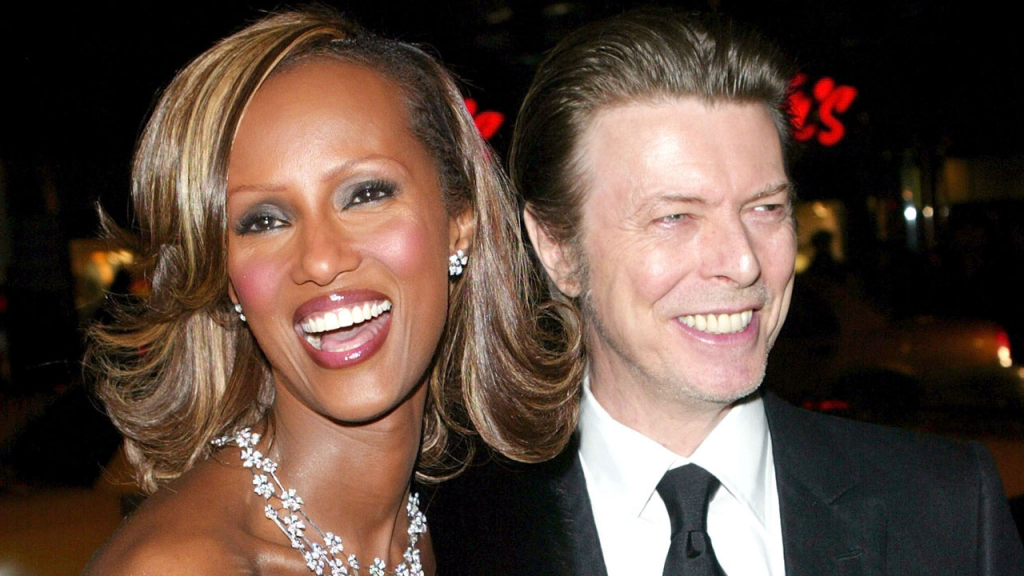 Iman says she still feels married to the late David Bowie. The 66-year-old supermodel is opening up about their famous romance and why she will never tie the knot again.

Iman and Bowie met on a blind date set up by a mutual friend and got married in Florence, Italy, on June 6, 1992. They welcomed their now 21-year-old daughter, Alexandria, in 2000. The legendary musician died in 2016 after a battle with liver cancer. He was 69 years old.

In an interview with People, Iman said Alexandria has asked her if she wants to ever get married again and the answer is no.

“I definitely feel his presence, especially when I look out over the glorious sunsets at our home because David loves sunsets,” she continued. “So in that way he is ever present. Through my memory, my love lives.”

Iman also appeared on the Today show on Wednesday to talk about her first fragrance, Love Memoir — which is a tribute to Bowie — and she said that she’s waiting until they “meet again.”

“People say to me when they talk, ‘Oh I loved your late husband,’ and I said, ‘He’s not my late husband, he’s my husband,’ so that’s how I feel about it,” she told Today co-host Hoda Kotb. “This was truly the love of my life, and I just wait until I meet him again.”

As for how Bowie was as a dad to Alexandria, she shared, “He loved it, because we met late in life, and had been married before and had older children, so this was a choice, and he felt very safe at home with us. My daughter has witnessed the love between the two of us that she actually says now, ‘I hope to God that I’ll meet a man who would love me as much as my dad loved my mom.'”

In her interview with People, Iman reflected on the early days of their romance and noted that the rock star “properly wooed” her.

“Early on, we were walking down the street and my shoelace came undone and he got on his knees to tie it for me and I thought, ‘He’s the one,'” she recalled. “David was beyond handsome. He oozed charisma.”

Iman said that while she struggled to spend time in their country house in upstate New York after his death, she now recalls her time with Bowie with fondness.

“I think there are days that are harder than others,” she said on the Today show. “I don’t think it will ever go away, but the acceptance of it, and the remembrance of the joy, rather than saying every memory that, ‘Oh, I wish he was here, I wish we could experience this together.’ Now I remember the 26 joyful years I had with my husband.”

“I think at the end of our days, the only thing that we will have, if we are lucky, are our memories,” she also shared.

By the end of her and Kotb’s chat, Iman had Kotb in tears and she quickly cut to break.