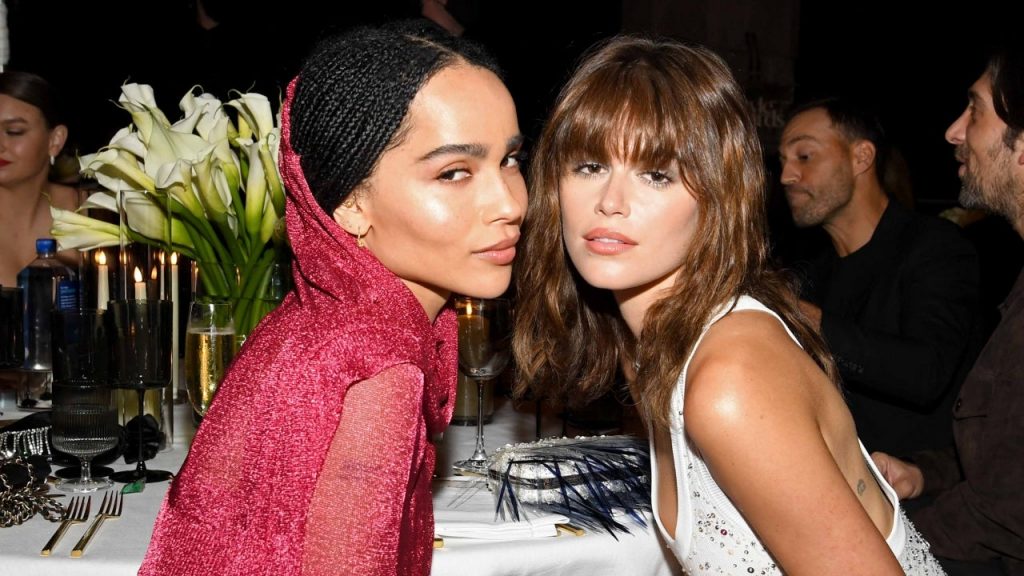 The 2021 InStyle Awards definitely brought the A-list fashion this year. On Monday, Zoe Kravitz, Nicole Kidman, Cindy Crawford and more hit the red carpet to honor the actors, actresses and artists whose style defines the red carpet, as well as the industry’s top image makers.

Kravitz wore a flowy red dress with a hood and was there to honor Park, noting that her talent was “out of this world.” She also reflected on the “crazy year” everyone’s had due to the coronavirus pandemic and said she was grateful to be able to spend the holidays with her family.

“I didn’t get to spend last holiday season with my family and so I think we’re all just really happy to be in a room with people that we love, and everyone’s healthy and here and alive,” she said. “I’m very grateful for the little things.”

Kidman — who sported a glittery purple Armani Prive look — was there to honor McCarthy, whom she recently co-starred with in Nine Perfect Strangers.

“She’s a comedic genius,” Kidman gushed. “And she’s also just a lovely, lovely person and I just want to say how much I love her and thank her for being in Nine Perfect Strangers and extoll her virtues.”

Check out more standout looks from the 2021 InStyle Awards below.

Crawford (in Missoni) and daughter Kaia Gerber (in Alexander McQueen):

Witherspoon, Gorman (in Harbison), Jurnee Smollett (in Valentino) and Reid (in Prada):

Black-Owned Brands to Shop for the Holidays