Inside the Largest Group Date in ‘Bachelorette’ History (Exclusive) 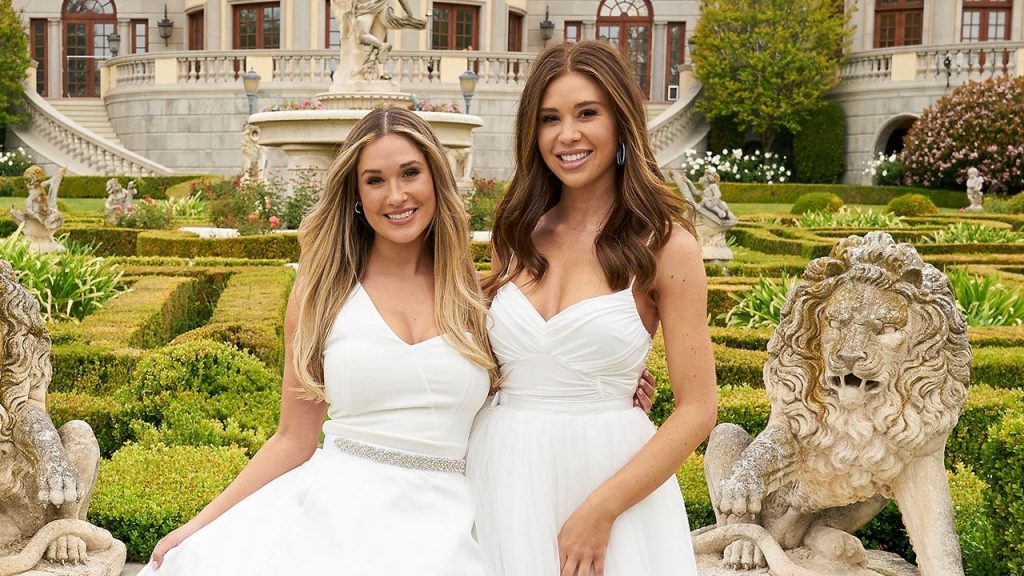 The Bachelorette is continuing to make history on its first two-lead season. Ahead of Monday night’s episode of the show, ET is giving fans an exclusive inside look at the largest group date in franchise history, which will see co-leads Gabby Windey and Rachel Recchia step out with 19 men.

ET was on hand for the group date, as the men arrived at a stunning venue, where they learned they’d be posing for a photo shoot with legendary photographer Franco Lacosta.

“Having the largest group date ever today and the first group date of the season is pretty overwhelming,” Gabby tells ET. “I mean, it’s a lot of men to manage, but they’re all coming in with great enthusiasm. Rachel and I are going to have a lot of fun and I think it’s going to be a really good day.”

As for how the men could possible stand out individually among so many, both Gabby and Rachel had some ideas.

“I think that some men have already stood out. They do that by really being assertive and not being afraid to make a decision,” Gabby says. “… The ones who have been really vocal about it and not afraid, those are the ones that stand out to me.”

“To stand out today, just really rolling with the punches and showing us that they can have a good time and [that] they’re not really afraid to make fun of themselves,” Rachel adds. “… It is so much fun seeing the guys individually put their personalities out there and just really have a good time. We’re still getting to know them, so it’s been really helpful.”

Rachel’s request to let loose was made because the men were dressed in a variety of costumes for the date, with some wearing itty-bitty swim shorts, one man donning a pregnant belly, a couple of guys looking dapper in a suit, and one suitor dressed as a dad.

“I am wearing a bathing suit,” Tyler notes of his small outfit. “I’m a beach boy. I live at the Jersey Shore, so I guess they just wanted me with my shirt off. I don’t mind it. I’m comfortable in this. There’s a lot of people out there that are wearing things that are definitely not comfortable whatsoever, so I’m glad I got this.”

One of those people was Jacob, who was given only a leaf to wear as he posed for an Adam and Eve photo shoot.

“You guys are going to see a lot more than you wanted to see probably,” Jacob quips of his barely-there look. “… I’ve kind of embraced the nakedness. I’m not afraid.”

One costume was no laughing matter, though, as Gabby and Rachel donned wedding dresses for the 19 men.

“It feels like poor timing, honestly, for a wedding dress with 19 guys here, because it is too early to decide, but to have some foreshadowing, I surprisingly feel very comfortable,” Gabby says. “I am here because I want a lifelong relationship with someone.”

“It’s a little bit of foreshadowing having Gabby and I in wedding dresses at the same time,” Rachel agrees, noting that she has her “fingers crossed” for herself and her co-lead.

For the guys, seeing the women in wedding dresses was definitely a peek into the future.

“It was a preview of potential future wedding photos. It makes it real,” Michael tells ET. “We’re all looking to build connections with these ladies, see if there’s anything for the future. That definitely kind of has a finish line out there for us, them in wedding dresses, so it’s good to see.”

“They look incredible. They look so good,” Logan agrees of Gabby and Rachel. “I lost my breath for a second. I couldn’t believe it.”

As for who the lucky two men may be at the end, Gabby and Rachel already have their eyes on a few specific guys.

“We’re in our third week. I didn’t expect to connect with different men as deeply as I have been, and I can really see this process working. I just didn’t know it would happen this fast,” Gabby says, before pointing to Nate, Erich and Jason as her current top three.

“[Nate’s] so much fun to be around. He’s so confident. He has very easily and early shown interest in me, not in an overbearing way, just in a really fun way. We have great conversations. We have a ton in common,” she says.

“She is amazing,” he gushes. “Just being around her, her smile brightens the room and her kindness really melted me from the beginning.”

As for Erich, Gabby says he’s been “such a pleasant surprise.”

“I was initially kind of fearful to explore my relationship with him, because he reminds me of the men I’ve dated in the past, but getting to know him, he really was such a sweet soul… We have such an easy, vulnerable connection that I kind of can’t believe that it’s happening so fast,” Gabby adds of Erich, before stating of Jason, “He was the first one to tell Rachel that he was interested in me. He thinks she’s a great woman, but he kind of set his intentions really early and that meant the whole world.”

Jason reciprocated Gabby’s feelings, telling ET, “She seems like such a genuine and fun girl. I’m excited to get to know her more.”

As for Rachel, her focus is largely zeroed in on Zach, Aven and Tino.

“They all make me feel really special in their own individual ways, but those are the connections that I’m really happy with right now,” she says. “I’m looking forward to seeing where things go. Each of them is so different, but they just bring so many amazing qualities to the table. They’re handsome, educated, charming, of course.”

The men are likewise smitten, with Aven telling ET that he likes the pilot because “she’s very personable and easy to talk to,” and Tino calling Rachel “phenomenal.”

“I really like that Rachel’s just so charming and it’s so easy to talk to her right out of the gate,” Tino gushes. “She’s unbelievably beautiful.”

Through all the highs and lows of the journey, Gabby and Rachel are thrilled to have each other by their side.

“Over the last few weeks, this experience has been such a whirlwind. I thought I knew what I was getting myself into, but turns out I don’t. I’ve been pleasantly surprised, honestly in the best ways,” Gabby says. “Having Rachel by my side has truly been the best blessing… Having Rachel during this process to lean on has been honestly everything I truly need as a person, to have someone to relate to, to validate your fears, your concerns, or to kind of reaffirm you and have a friend just for support… I truly couldn’t do it by myself.”

“I truly couldn’t imagine doing this without Gabby. We’re both learning this for the first time [and] we’re making mistakes together. Having her here is really everything,” Rachel agrees. “…I really just do feel really blessed and grateful to even be in this role, and to have Gabby next to me, it’s just even better. So far, it’s incredible. These guys are really amazing, and I just can’t wait to see where it goes.”

Tune in to Monday’s episode of Entertainment Tonight to see more behind-the-scenes footage from the largest group date in Bachelorette history.

The Bachelorette airs Mondays on ABC. Keep up with the historic season by following along with ET’s coverage of the series.

How Kaitlyn Bristowe Feels About ‘The Bachelorette’ Having Two Leads