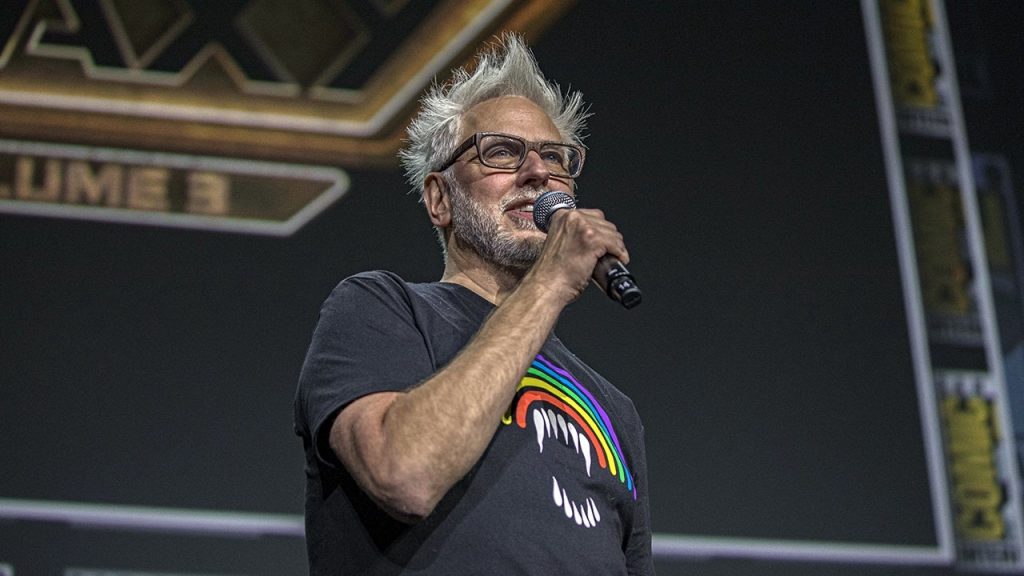 In addition to writing and directing the third and final Guardians of the Galaxy film, which is set for a theatrical release in 2023, James Gunn is also behind the series’ upcoming holiday special starring Chris Pratt, Zoe Salda?a, Dave Bautista, Vin Diesel, Bradley Cooper, Karen Gillan and Pom Klementieff.

While speaking with ET’s Matt Cohen backstage at San Diego Comic-Con 2022, the filmmaker teased what’s to come from the Disney+ special, which will take place between the events of Thor: Love and Thunder and Guardians of the Galaxy Vol. 3.

Klementieff, who will reprise her role as Mantis alongside the other characters, added that “it’s gonna be very funny and very cute, too.”

The special, meanwhile, is just one of the many potential spinoffs or projects that Klementieff and Gillan are open to doing with Gunn if it means they get to reprise their Guardians roles.

“Whatever James Gunn is a part of, I wanna be in it. And I don’t know what’s gonna happen with the characters in the future, we’ll see, we’ll see,” Klementieff says, while Gillan adds, “I love all these characters. I would always welcome them back on my screen. I don’t know what’s gonna happen, but I hope I see everyone again! That would be nice!”

In the meantime, Sean Gunn, James’ brother and Kraglin Obfonteri in the Guardian films, hopes that Vol. 3 leaves fans satisfied with where the series ends.

“What I really want is for people to watch this third movie and feel like there’s a complete story [and] that the three movies together create something beautiful together that will live forever,” he says. “I mean, there’s nothing else that we could ask for than that.”