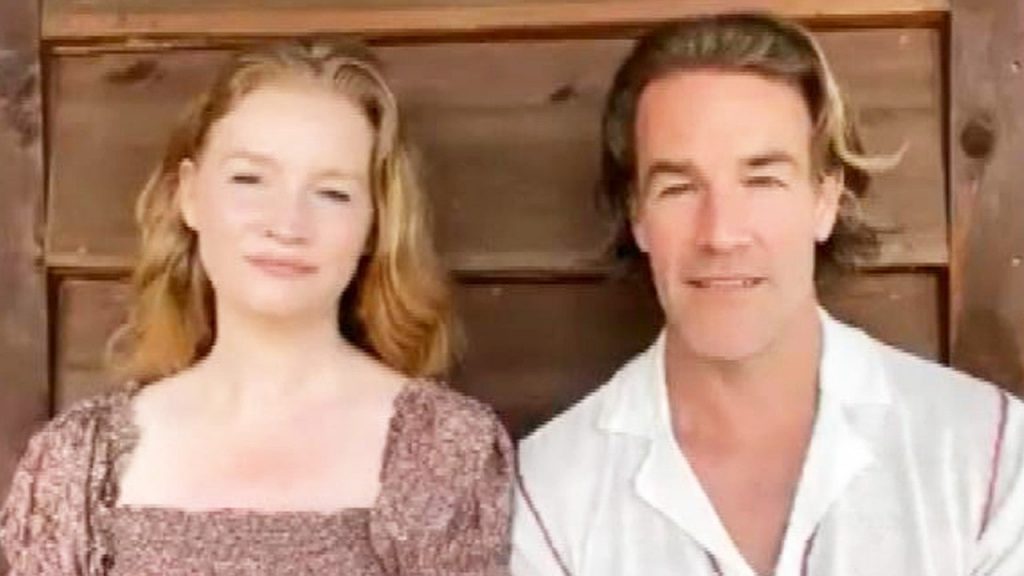 James Van Der Beek and his wife, Kimberly, are new parents once more! The actor shared the exciting news on Monday that they’ve welcomed their sixth child together.

Van Der Beek, 44, took to Instagram to post a slideshow of snapshots showing himself, his wife and their other older children holding their brand new bundle of joy.

“Humbled and overjoyed to announce the safe, happy arrival of Jeremiah Van Der Beek,” the actor wrote, alongside the slew of heartwarming photos.

“After experiencing late-term #pregnancyloss twice in a row (both at 17+ weeks), we kept this one quiet. Truthfully, I was terrified when I found out,” he continued. “But we found a doctor here in Texas who diagnosed the last two as having been caused by an: “incompetent cervix” (I asked him what kind of misogynistic old dude invented that term and he laughed – which made me like him even more. Now it’s called a #WeakenedCervix).”

“A simple surgical cerclage was done, removed at full-term, @vanderkimberly gave birth naturally on the ranch… and here we are,” the proud dad added.

Van Der Beek went on to caution others, “The medical books say to only look at a cerclage as an option after three late-term losses. Our doctor recommends considering it after one. Spread the word.”

The actor said of his new baby, as well as those they lost during pregnancy, “Each child brings their own energy, their own manifestation of consciousness, their own lessons. The ones we lost each gifted us with different pieces of the puzzle… leaving us that much more grateful for the ongoing master class we get to enjoy with this sweet, wise little one.”

“(PS – To everyone in our community – both local and extended – who knew about our journey and honored our desire for privacy… thank you. May that respect and karma come back to y’all 1000-fold ?)” he concluded. “Life is beautiful ?”

The Dawson’s Creek alum and his wife are already parents to five other children together — Olivia, 11, Joshua, 9, Annabel, 7, Emilia, 5, and Gwendolyn, 3.

The pair spoke with ET in May about moving past their heartache after struggling with the emotional and physical pain of multiple pregnancy losses.

“I’ve had, actually, five miscarriages total, but the last two were significant in that they hospitalized me. Those were incredibly difficult, emotionally and physically,” Kimberly told ET. “I just felt like I was going to pass. I didn’t know that I was going to live through it. It became pretty dark.”

“I just have faint glimpses of what happened with James, because I kept losing consciousness,” she continued. “He was there giving me comfort, and love, yeah, just a rock.”

“I would definitely encourage anybody, especially men, because I can speak to that side of it, to reach out to friends and family and loved ones to talk about it,” the actor said of dealing with loss and mourning. “Give ourselves space, that time to grieve. I was talking to a friend who went through the same thing recently and I said, ‘How are you doing?’ and he was still going through it. I said, ‘The world moves on faster than you heal, doesn’t it?'”

“He looked at me and said, ‘Yeah, it really does,'” he added. “Because everyone has their life, they’re really busy, there’s all kinds of craziness going on. But my advice to anybody would be to really take that time and recognize that the world will move on a lot faster than you, so give yourself that space.”

Congrats to the happy couple on their new bundle of joy!