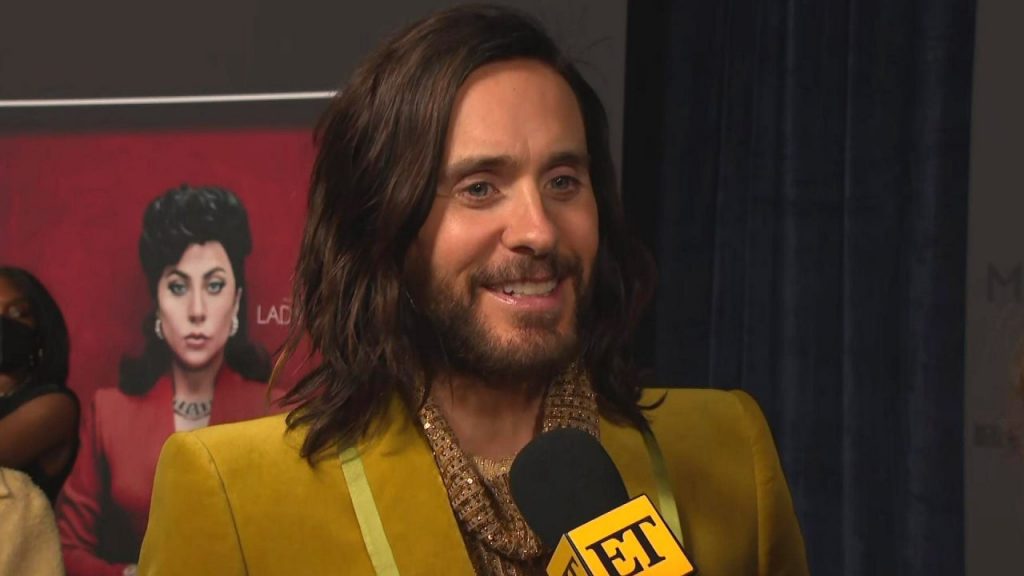 Jared Leto has nothing but love and praise for his House of Gucci co-star Adam Driver.

The Oscar-winner walked the red carpet at the New York City premiere of the new Ridley Scott-directed biographical drama, and he spoke with ET’s Lauren Zima about working with Driver and the allure that surrounds both stars among their fans.

“Oh, we could wax poetically about the presence, the tall, dark, mysterious, handsome Adam Driver,” Leto said with a smile. “I had a terrific time with him.”

“He’s a great actor and it was really fun to go toe-to-toe with him, to get in the ring with him, and he made just the perfect partner,” Leto shared. “So yeah, I’m really happy.”

“There was a little bit of Paolo’s voice on an interview he did. But there wasn’t very much,” Leto said. “So I had a general direction and then I stole some from my good friend, Alessandro Michele, who is the creative director for Gucci.”

Leto also revealed that Michele helped style his look for the premiere, where he rocked a striking head-to-toe Gucci ensemble.

House of Gucci arrives in theaters on Nov. 24. For more on the film, see below.

Who Is Patrizia Reggiani? The Woman Behind Lady Gaga’s Gucci Role

PrevPreviousPeter Parker is in a universe of trouble in the ‘Spider-Man: No Way Home’ trailer
NextSalma Hayek Shares Her Ultimate Skincare Secret (Exclusive)Next