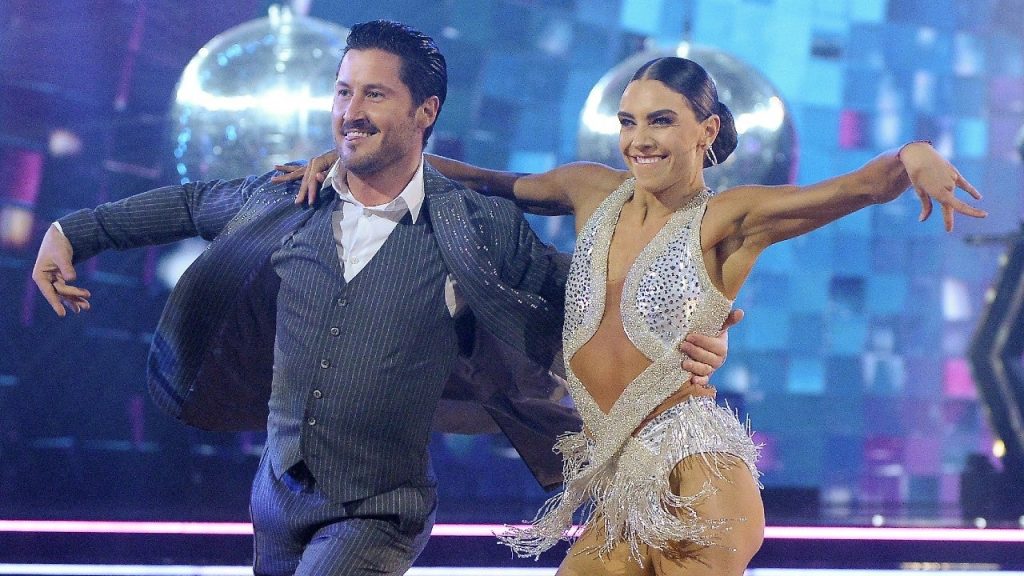 Jenna Johnson isn’t ready for her husband, Val Chmerkovskiy, to exit Dancing With the Stars. Chmerkovskiy recently told ET’s Lauren Zima that this season of the ABC dancing competition show was “probably” his last.

As for how his wife feels about this, Johnson spoke to ET during a camera blocking rehearsal for this week’s DWTS finale, and admitted she wasn’t ready for him to say goodbye to the show.

“I hope it’s not [the end]. I think that he is the best male dancer on the show, and I can say that very confidently and proudly,” Johnson said of Chmerkovskiy. “I think that there is a lot more that we haven’t seen from him that I would love to see.”

However, if Chmerkovskiy chooses not to return, Johnson added, “I will support him no matter what. And I think it will be fun to see him try out new things that he wants to do. He’s the most artistic person. I’d love to see him act, direct, pursue music, but yeah, we’ll see. I really hope it’s not because he’s so good at dancing.”

Regardless of Chmerkovskiy’s decision, Johnson plans to continue dancing on the show.

“I will for sure be back here. It will be different [without him], but I think it would be also awesome,” she said. “I love being able to do different projects from each other that we can support and help each other thrive on. So I know he would be really invested in my season, just like he is now. But I’m not done dancing with my hubby on that floor yet. Not done yet.”

Earlier this month, Chmerkovskiy opened up about the possibility of not returning to DWTS after he and his season 30 partner, Olivia Jade, were eliminated during Janet Jackson Week.

Chmerkovskiy added that his decision has nothing to do with his treatment or time on DWTS.

“There’s no burned bridges, there’s nothing but gratitude, again, with the production, with the show,” he explained. “I hope I’ve served the show and this show has definitely changed my life, so it’s mutually love and we’ll see what happens in the future.”

Chmerkovskiy first appeared on the ABC dancing show during its second season in 2006, but began competing with a partner during the show’s 13th season in 2011. It wasn’t until the show’s 20th season in 2015, when he was partnered with Rumer Willis, that he won his first mirrorball trophy. His second came in 2016 during season 23 with Laurie Hernandez. Chmerkovskiy’s brother, Maksim Chmerkovskiy, also served as a pro partner on DWTS for several seasons.

Meanwhile, Johnson and JoJo Siwa are still in the running to take home a mirrorball trophy. The finale of this season of DWTS airs Monday at 8/7 p.m. Central on ABC.

Val Chmerkovskiy Says This Will ‘Probably’ Be His Last ‘DWTS’ Season