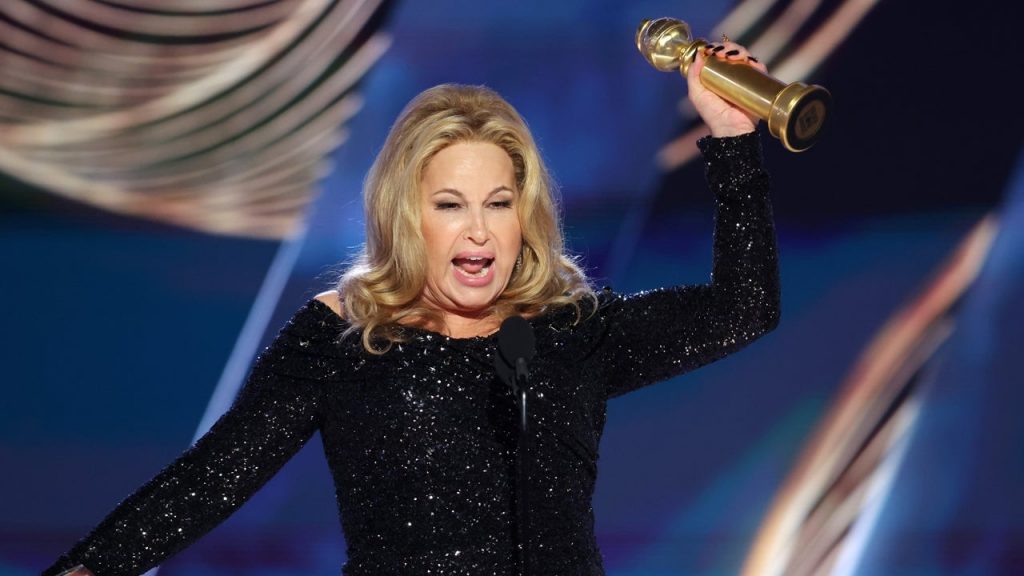 The star had an unforgettable night at the 2023 Golden Globes on Tuesday, going home a first-time winner for Best Performance by an Actress in a Supporting Role in a Limited Series, Anthology Series or Motion Picture Made for Television. That limited series of course is HBO’s hit, The White Lotus, in which she’s spent two seasons winning hearts as fan favorite Tanya McQuoid. As viewers well know (spoiler alert), sadly Coolidge’s time on Mike White’s anthology series has seemingly come to an end after she shockingly died in the finale of the second season. Or has it?

When ET’s Nischelle Turner asked Coolidge if there was any chance she could return to the show, the actress was unfortunately doubtful.

And if White did have some way of bringing her back to another White Lotus location, she would happily oblige. As she put it, “I am game.”

In the meantime, the longtime star is in the midst of a Hollywood resurgence, one she partly credits Ariana Grande for after the pop star cast her in the “Thank U, Next” music video back in 2018.

Quipped Coolidge, “Maybe people are just like, ‘She’s still alive? Woooh, we’ll give her a salute or something.'”

For more laughs from Coolidge, check out the video above.

Jennifer Coolidge Dishes to Ariana Grande About Her Sex Life