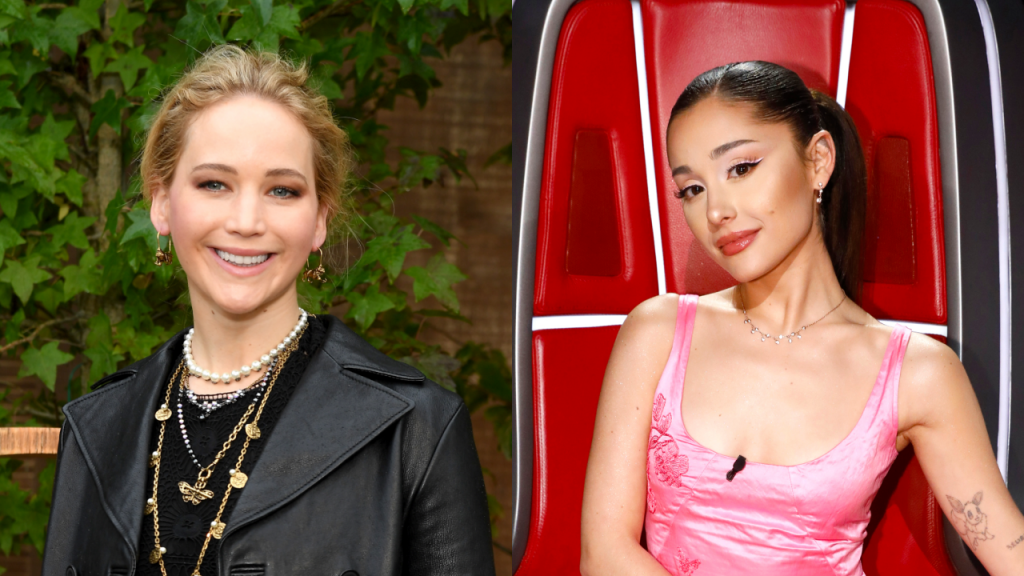 The two stars worked together on the upcoming movie Don’t Look Up. Lawrence admitted during a Q&A with BAFTA voters at the Harmony Gold Theater in Los Angeles on Wednesday, that she “went full radio contest winner” on the GRAMMY winner.

“She can’t make bad music. I’ve since reflected on my behavior with Ariana Grande. I went full radio contest winner,” she recalled in video shared by Variety. “I was so excited and nervous and at one point, I just kind of walked into her hotel room and was like, ‘Hello!’ and sat down.”

“I’ve just been thinking about it a lot lately…There were all of these trunks for her hair and makeup, and I was like, ‘Do you live here?'” Lawrence added with a laugh.

Director Adam McKay then jokingly told Lawrence, “She didn’t like you…She didn’t care for you.” Leonardo DiCaprio and Meryl Streep were also in attendance.

Don’t Look Up is a star-studded Netflix film that sees J.Law as astronomy grad student Kate Dibiasky and DiCaprio as her professor, Dr. Randall Mindy, who discover a comet is going to hit Earth. The two then embark on a giant media tour to warn mankind of an approaching comet — but not many people seem to care. Streep plays the President of the United States.

This week, Lawrence dissected the latest trailer for Vanity Fair, telling the magazine that the physical transformation she undergoes in the film came with a few costume malfunctions, which she had in front of DiCaprio. She recalled wearing a nose ring and almost choking.

Don’t Look Up premieres in select theaters on Dec. 10, and starts streaming Dec. 24 on Netflix.

Jennifer Lawrence Had Costume Malfunctions in Front of Leo DiCaprio