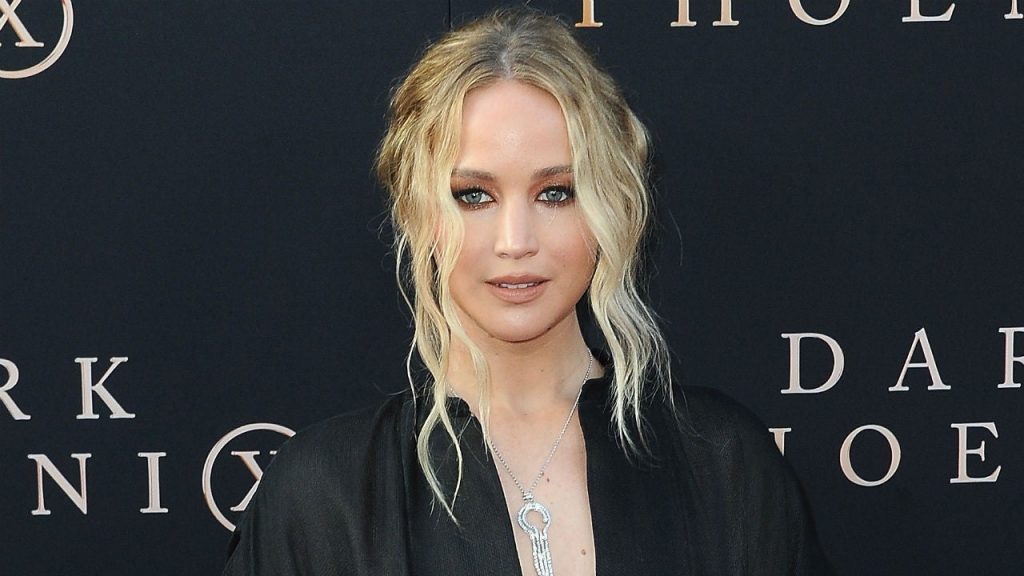 Jennifer Lawrence is sharing some behind-the-scenes moments from the set of her new film, Don’t Look Up. In a new interview with Vanity Fair, the 31-year-old actress digested the latest trailer for the film, telling the magazine that the physical transformation she undergoes in the film came with a few costume malfunctions, which she had in front of her co-star, Leonardo DiCaprio.

The drama sees Lawrence and DiCaprio teaming up as astronomy grad student Kate Dibiasky, and her professor, Dr. Randall Mindy, who discover a comet is going to hit Earth. The two then embark on a giant media tour to warn mankind of an approaching comet — but not many people seem to care.

“In part of my research for the film, I spoke to a female astronomer,” Lawrence said of developing her character. “We kinda decided that Kate is the type to be fierce and ‘notice me, hear me roar, rat-tat-tat’ kind of lady.”

And with that image came a moody auburn wig and two nose rings that didn’t exactly stay put.

Lawrence also shares the screen with Meryl Streep and the hilarious Jonah Hill, whom she called a “comedic master.”

“It was really, really hard filming with Jonah and just not ruining take after take laughing,” Lawrence said. “We one time dedicated an entire day to him just improving insults at me. It was amazing. He’s a comedic master.”

Lawrence brought her own brand of humor to the interview, jokingly telling Vanity Fair that Streep was their last choice to take on the role of the President of the United States.

“Yeah, I mean, Meryl Streep was our last choice,” Lawrence quipped. “Unfortunately, so many other actresses passed, and we ended up with Meryl Streep.”

While Lawrence called the comedy a “hilarious way to laugh at ourselves,” she said there’s an important lesson audiences can take away from it regarding misinformation.

“I guess the biggest thing I would want people to take away from it, is for us to stop handling information the way that we do now. Where there’s the truth and science and then politics or personal feelings involved,” she explained. “We should all just be on the same page of taking care of our planet and taking care of mankind. World peace would be my hope.”

Don’t Look Up premieres in select theaters on Dec. 10, and on Netflix on Dec. 24.

PrevPrevious‘The Voice’: How to Vote for the Season 21 Instant Save
NextHalle Berry Says She Would Only Play Catwoman Again If She Got to Direct the FilmNext