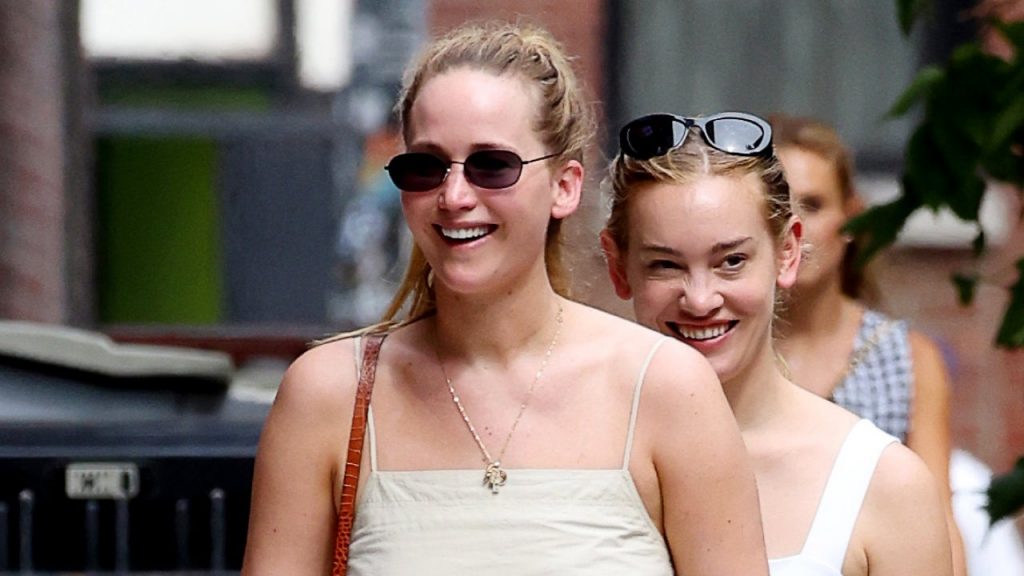 Jennifer Lawrence is on trend! On Sunday, the Oscar winner stepped out in New York City wearing a $400 beige cotton midi dress by 6397 — but she wasn’t the only one on the street rocking the summer style.

Lawrence shared a laugh with another woman who was wearing an identical dress. The 31-year-old actress, who was carrying a parasol, paired her dress with dark sandals, a matching handbag and small sunglasses. Meanwhile, the woman was wearing beige clogs, a light-colored purse and sunglasses.

Lawrence has been out and about in NYC most of the summer and has worn an array of looks. The same day she was twinning with a stranger on the street, she was also seen wearing high-waisted jeans, a black crop top, sandals, and holding her parasol to shield the sun.

Most recently on Tuesday, she was spotted walking in the West Village sporting a brown maxi dress, tan sandals and tortoise shell sunglasses.

And just last month, Lawrence and her husband, Cooke Maroney, were spotted heading to breakfast in NYC — but not everything went as planned.

“They showed up for breakfast at Cafe Cluny, but it was still closed,” a source told ET of the couple, who welcomed their first child earlier this year. “They don’t open until 10 a.m. and Jennifer and Cooke showed up at 9!”

Instead, Lawrence and Maroney sauntered over to nearby La Bonbonniere, the cash-only joint known for its mimosas and brunch specials. According to the source, the couple was very relaxed about the whole thing and “they just seemed to be happy to be out!”

For more on Lawrence’s looks and her summer, check out the links below.

Jennifer Lawrence Is on TikTok — But Won’t be Making Content 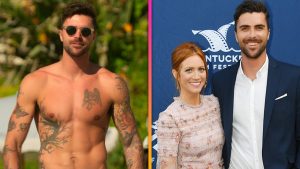 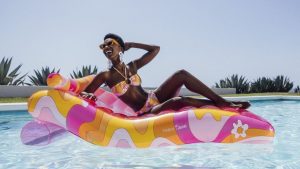