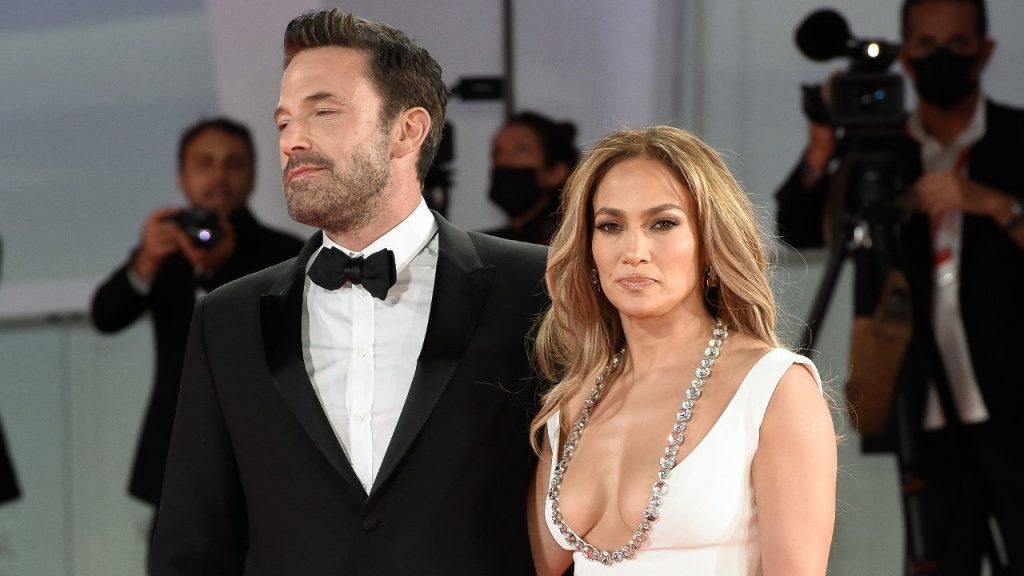 Jennifer Lopez plays an embarrassed superstar bride in her new rom com, Marry Me, but would she consider walking down the aisle in real life?

Lopez, 52, who has been married three times, spoke with Hoda Kotb on Thursday’s Today show about the possibility of tying the knot again now that she’s back together with her former fiance, Ben Affleck.

“I don’t know, yeah, I guess. You know me, I’m a romantic,” she said. “I always have been. I’ve been married a few times. Yeah, I still believe in happily ever after, for sure, 100 percent.”

“Listen, if you can’t laugh at yourself and take it as it comes, I just don’t think about those things,” she said. “I feel like I’m a human being just like everybody else. I’ve had my ups and downs. I’ve made mistakes. I’m really proud of where I’ve come to in my life, of who I am as a person, as a mom, and as an actor, as an artist. Yeah, it’s OK, everybody’s got that.”

In the film, Lopez plays superstar Kat Valdez, who is set to marry her fellow musician love, Bastian (Maluma) onstage when footage of him cheating on her is leaked. Heartbroken, Kat sees a man in the audience (Owen Wilson) holding up a sign that reads, “Marry Me,” and marries him on the spot.

Lopez and Affleck have been going strong since they rekindled their romance this past spring after she ended her engagement to Rodriguez.

A source told ET back in September that the couple “could not be more in love.”

“It is like they never broke up, but everything is way better this time,” the source said. “They are all over each other and their friends joke around about it with them.”

Alex Rodriguez Gets Trolled Over Jennifer Lopez and Ben Affleck

PrevPrevious‘My Unorthodox Life’ Stars Batsheva Haart and Ben Weinstein Split After 9 Years of Marriage
NextMeghan Markle Reveals Archie and Lili’s Halloween Costumes: They ‘Were Not Into It at All’Next