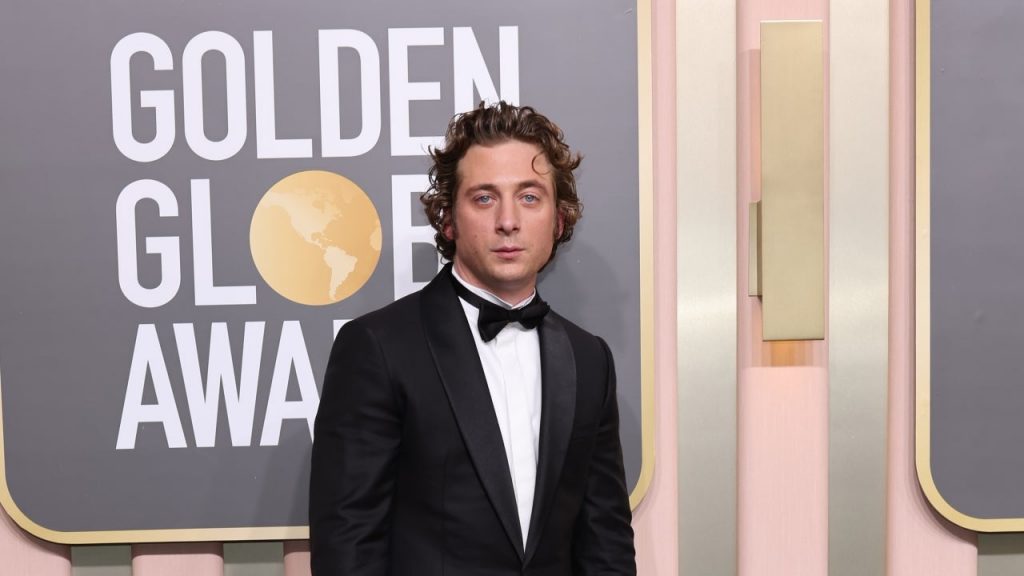 Jeremy Allen White won his first Golden Globe on Tuesday night, taking home the trophy for Best Actor in a Television Series – Musical or Comedy. White won for his performance in Hulu’s hit series, The Bear, in which he plays Carmy, the troubled chef who leaves fine dining to help save his family’s failing sandwich shop.

White thanked the Hollywood Foreign Press Association in his speech, as well as his fellow nominees. “I am in awe of you,” he said. “You’re all legends and it’s an honor to have my name near yours.”

“The Bear. I love The Bear,” White continued. “I love Carmy.” He added more names of his team members, on and off screen, saying, “My cast and crew, if I am good, it is because you are good.”

“My parents, I love you and thank you for making me feel like this is possible,” he concluded. “I love acting.”

The Golden Globe was also White’s first nomination, and also the first award he was eligible to win for The Bear. The show missed the cutoff for the 2022 Emmy season last year, and will likely receive attention at the 2023 ceremony later this year. At the Golden Globes, the show also secured a nomination for Best Television Series, Musical or Comedy.

White first rose to fame for his work as Philip “Lip” Gallagher on the Showtime dramedy Shameless, for which he was nominated for a Critics Choice Award in 2014.

Selena Gomez Is Pretty in Plum at Her First Golden Globes

Margot Robbie Promises No ‘Nelly Vibes’ at the 2023 Golden Globes