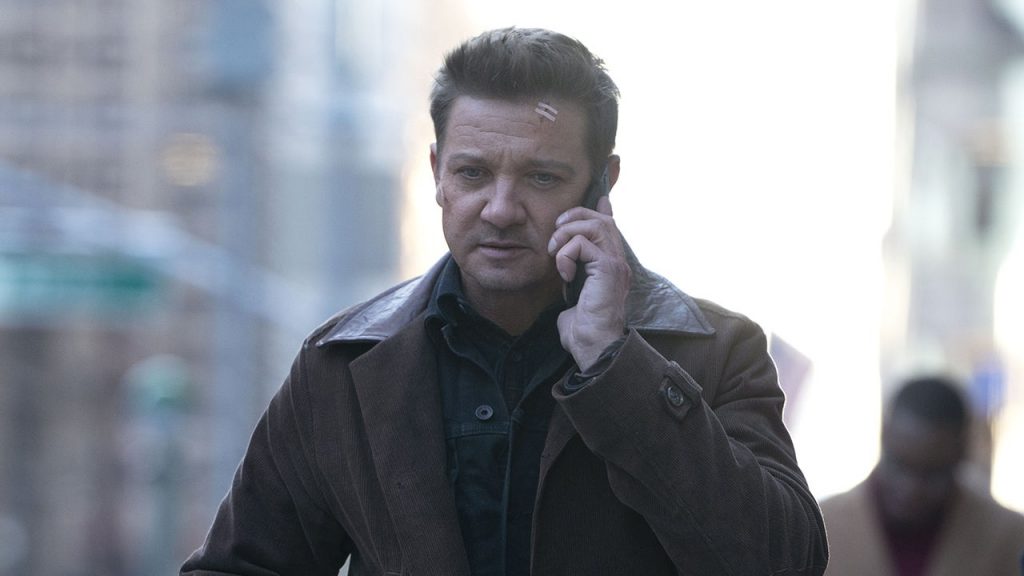 On Wednesday, Nov. 24, Jeremy Renner reprises his long-running role as Avenger Clint Barton in the Marvel spinoff, Hawkeye. The latest Disney+ series sees the aging hero being sucked back into New York City’s criminal underworld at the worst possible time: Just as he’s trying to return home to celebrate Christmas with his family, his life unexpectedly crosses paths with the 22-year-old archer, Kate Bishop (Hailee Steinfeld).

While the Christmas-themed series has sparked comparisons with Die Hard, the show largely deals with Barton trying to settle into a post-blip (and post-Avengers) world, while reckoning with the lingering fame that comes with being an international superhero and confronting a past that he prefers remained buried — along with his alter ego, Ronin.

In conversations with ET, Renner and executive producer Trinh Tran explain why Barton can’t ever really let go of his past and how real-life moments that come with being one of Hollywood’s biggest stars made it into the series, especially a pointed moment in the first episode.

Halfway through the premiere, while Barton is attending a performance of Rogers the Musical, a strange man sidles up to him in the bathroom and attempts to take a selfie with him. Barton quickly shrugs off the fan, explaining it’s not an appropriate time. And that scene, Renner and Tran confirm, is based on something that has happened to the actor.

“That’s something that sadly happens 100 percent of the time,” Renner says, explaining “there’s lots of blurred lines” that occur when it comes to fans becoming too comfortable around celebrities. “It’s nice to kind of share that part of my life with people,” he adds.

Tran says that what Renner went through was perfect for Hawkeye “because it’s was similar to experiences that he had faced. And for somebody like Clint, who was a hero, people will come up to him and ask for autographs.”

In another scene, when Barton goes to pay for his family’s dinner, he learns that the restaurant has already comped his check, as a thank you for saving the city. While he’s gracious in the moment, “it’s awkward for him,” she continues, explaining, “He doesn’t want that spotlight. He just wants to sort of mind his own business, spend time with his family. That’s what he cares about. That and helping others. But he’s not about the celebrity life.”

That’s particularly clear when he encounters someone like Bishop, who is a super fan of Hawkeye in particular and throws him off with her eager energy.

At the beginning of the series, Tran explains, Barton is dealing with a lot of mixed emotions — especially considering when audiences last saw him, he had lost his best friend and closest partner, Natasha Romanoff (Scarlett Johansson) — so they wanted to explore that here. “And how that sort of evolves as the rest of the series goes on,” she says, adding that “when Kate Bishop comes in and he’s got his guard up.”

“Is he going to be able to allow her to come in? Because he’s had all these experiences and he’s put himself in so many instances where he’s risked his life and he has no superpowers,” Tran notes.

Barton knows how dangerous life as an Avenger can be, and so it was important for the series to show that he is less than enthusiastic about Bishop’s arrival, let alone her wanting to team up with him as he realizes what he’s got to do over the next five days before Christmas.

“That was the biggest factor we wanted to make sure that came across,” Tran says of the two’s bickering and bantering, which occasionally makes Barton come off like a curmudgeon. It’s something they pulled from Matt Fraction’s comic run of the character from 2015. “The opposing views that they have for each other, their arguments, the jokes, the poking fun at each other was really the heart of that story,” she says, crediting both Renner and Steinfeld for bringing that to life on screen.

“What’s great is that Jeremy and Hailee are like that with each other,” Tran says, adding that this series spends “the time to create that bond between the two of them and explore their inner feelings and what they’re going through.”

At the end of the day, it’s a personal story for both of them. Perhaps more so for Barton, who is “haunted by a lot of good and bad things that’s happened over his life,” Renner says, and when Ronin re-emerges in the news, it sparks all those memories from his darkest years during the Blip. “That really becomes the main sort of fuel for what has to be fixed before he can home and see his family,” the actor adds.

‘Hawkeye’ Star Jeremy Renner on How Robert Downey Jr. Took Him ‘Under His Wing’