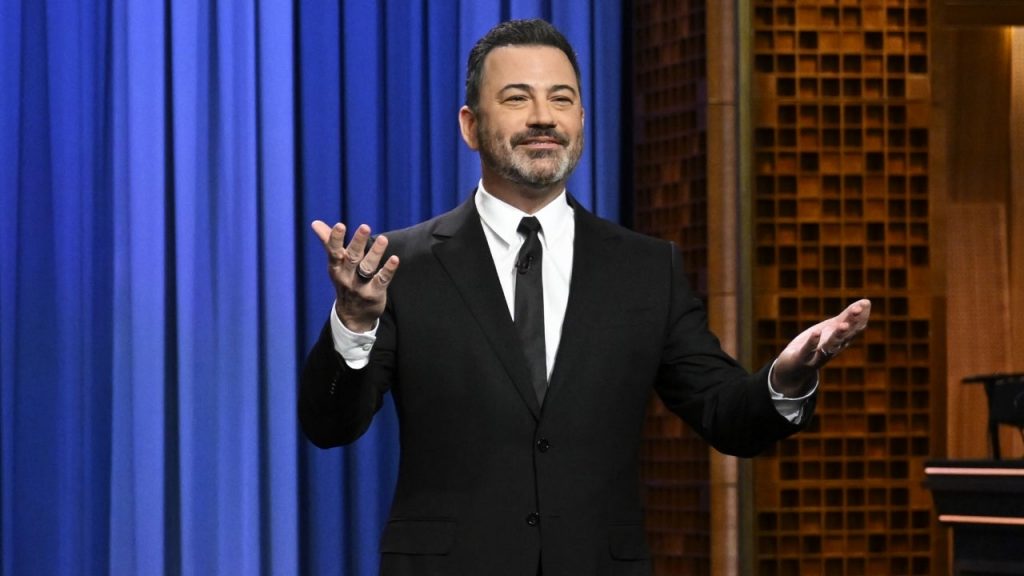 Jimmy Kimmel is set to host the 95th annual Academy Awards, which will be handed out live on Sunday, Mar. 12, 2023 on ABC. The late-night host will once again serve as the emcee for the Oscars after previously hosting back-to-back ceremonies from 2017 to 2018.

“Being invited to host the Oscars for a third time is either a great honor or a trap. Either way, I am grateful to the Academy for asking me so quickly after everyone good said no,” Kimmel said in a statement.

The Jimmy Kimmel Live star famously hosted the Oscars in 2017, when the ceremony ended in an unexpected fashion with La La Land mistakenly being announced as the winner of Best Picture when, actually, Moonlight was the winner.

The following year was less dramatic, with The Shape of Water becoming the most honored film of the night and winner of Best Picture at the 90th annual ceremony.

“We’re super thrilled to have Jimmy score his hat trick on this global stage. We know he will be funny and ready for anything!” said Weiss and Kirshner.

“Having Jimmy Kimmel return to host the Oscars is a dream come true. As we see every night on his own show, Jimmy can handle anything with both heart and humor, and we know that he will deliver the laughs and celebratory moments that define the Oscars,” Craig Erwich, president of ABC Entertainment, Hulu & Disney Branded Television Streaming Originals. “We love being the home of Hollywood’s biggest night and can’t wait to toast the success of this year’s cinema and storytelling.”

PrevPreviousAmy Schumer’s son was hospitalized with RSV, comedian reveals
NextRihanna Teases What She’ll Be Including in Her Super Bowl Halftime Show (Exclusive)Next