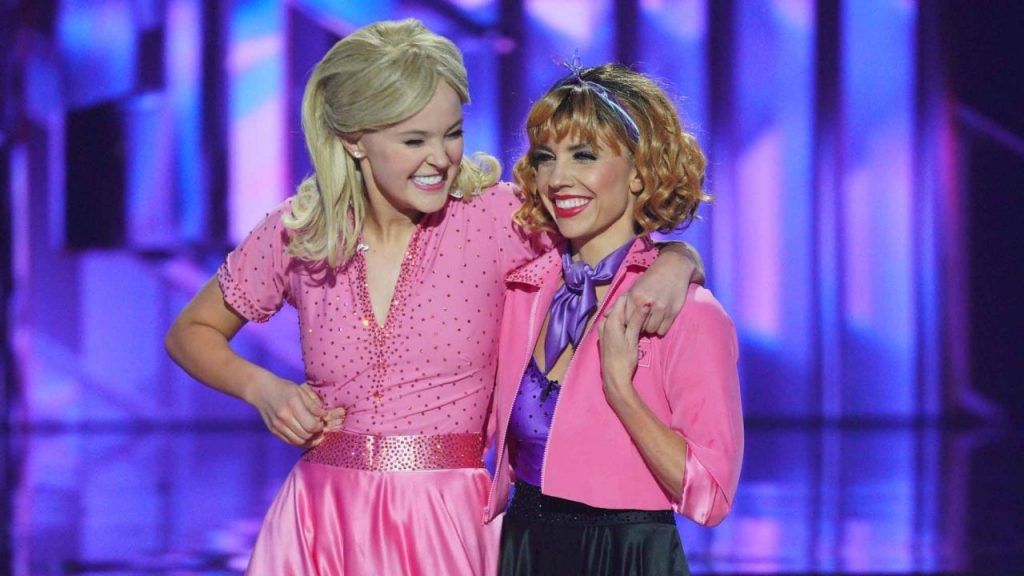 ET spoke with the performers at the camera-blocking rehearsal for this week’s finale, where they talked about what winning would mean for them.

“I think it would mean everything. I think we’d be representing not only us, but a large community of many people,” Johnson shared. “It would just have so much meaning behind it. So I think it would be a very sentimental win.”

Siwa, who came out publicly earlier this year, talked about their impact on the show before the finale even airs.

“I think that there has been a lot of people who have now watched this show and have seen that two girls dancing together isn’t weird,” she said. “And I feel like in the beginning it was like, ‘Oh gosh, two girls are dancing together, what’s it going to look like?’ But now I feel like, it’s like, ‘Oh my god, I can’t wait to see what JoJo and Jenna do!’ You know what I mean?” Siwa shared. “It’s like people look forward to it. And so I think winning would show that it’s not only accepted but it’s also celebrated, you know what I mean?”

Though Siwa said that she feels they’ve “already won,” she added, “We both still want to win the mirrorball, like, we’re not denying that.”

The 18-year-old YouTuber noted that a disco ball is the one thing she doesn’t have in her vibrant home, joking, “So a mirrorball would be fitting!”

Siwa, who split from her first girlfriend, Kylie Prew, while filming the show, added that the experience of performing has meant a lot of her.

“It has been the most magical experience of my life. I have been through a lot in these last 85 days, tomorrow is 86,” she said. “But this experience has made every day a good day. I was working on some things for this last night and I was just reminiscing and thinking about everything that has gone on and my brain is just happy and it’s because of this, it’s because of [Johnson]. Just everything about this has been wonderful.”

As for their competition, both Siwa and Johnson insist that every couple is a threat to their win.

“We were talking about this, and it could go any which way. And I think this is the first finale where you feel that way, where you truly do not know what is going to happen,” Johnson said.

Heading into the finale, Johnson noted that she’s feeling “stress-free” and “excited” about the dances they’ve prepared

“I’m not going to give away too much, but I think, again, I think it’s very true to JoJo and what we’ve been doing these past 10 weeks,” she said of the choreography. “And I think that this is just a celebration. I want everybody to feel like they want to get up and dance and that they feel love and joy watching us.”

The Dancing With the Stars season finale airs Monday at 8 p.m. ET on ABC.

PrevPreviouslululemon Black Friday 2021 Sale Is Coming! — What We Know So Far
Next‘Married at First Sight’ Heads Back to Boston for Season 14: Meet the Couples!Next