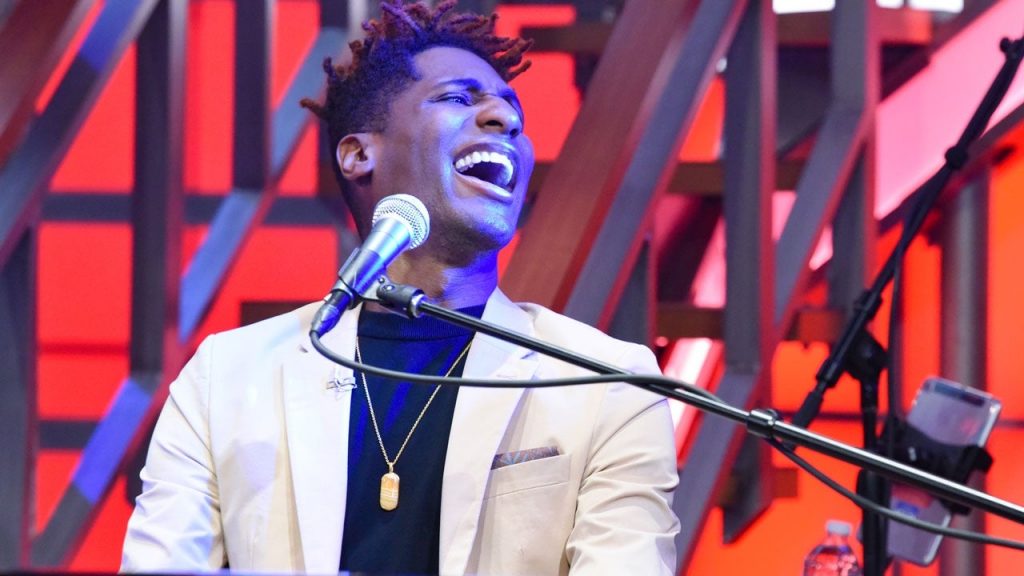 Jon Batiste is still reeling from his incredible slew of GRAMMY nominations. On Tuesday, the Recording Academy announced the nominees for the 64th Annual GRAMMY Awards, and Batiste leads the pack with a whopping 11 noms.

The musician spoke with ET’s Kevin Frazier on Tuesday, after the nominations were revealed, and Batiste admitted with a smile, “I was astounded.”

“I was just jumping up and down in the living room and people were blowing my phone up,” he continued excitedly, adding that “every nomination was unexpected.”

For Batiste, the glory of accolades isn’t something he considers or worries about when making music.

“I just put my head down and do the work and create,” the 35-year-old composer and bandleader shared. “[So] when we started getting these nominations rolling in… I don’t even have a reaction yet. I’m still taking it in. It’s so much.”

Additionally, he’s nominated alongside Trent Reznor and Atticus Ross for Best Score Soundtrack for a Visual Media Album for their work on the Pixar movie Soul.

“We made these albums in the pandemic, people were suffering in the streets, I was leading protests for Black Lives Matter after George Floyd was killed, Ahmaud Arbery, Breonna Taylor, these things were on my heart when I was creating this music, finishing it, and when we were creating the soundtrack for Soul, which was at the same time,” Batiste reflected. “[Considering] everything that went into it, and to come out of it and receive the recognition, it just brings me to tears. I’m so moved.”

“I’m overwhelmed with joy and I’m grateful,” he added.

For Batiste, getting this kind of monumental recognition means one thing: Keeping his creative dream alive and thriving.

“I’ve been doing this for a long time, since I was a little boy, and I just really love music and I love what it can do in the world,” Batiste said, glowing with happiness. “And now, I have a lot of opportunities now, more than I had yesterday, to continue to do that.”

Between recording acclaimed albums and beloved movie soundtracks, Batiste and his band, Stay Human, are the house band for The Late Show With Stephen Colbert.

Colbert took to Twitter on Tuesday to share his support and appreciation for his long-time friend, writing, “Congratulations to my friend, Jon Batiste, on his 11 Grammy nominations! I hope he wins, though I’m afraid they might block his view of his Oscar.”

The 64th Annual GRAMMY Awards will take place on Monday, Jan. 31, 2022 at 8 p.m. ET / 5 p.m. PT and broadcast live on CBS and Paramount+. Follow along at ETonline.com for everything you need to get ready for GRAMMYs Monday, including how to watch, GRAMMYs performers and more.