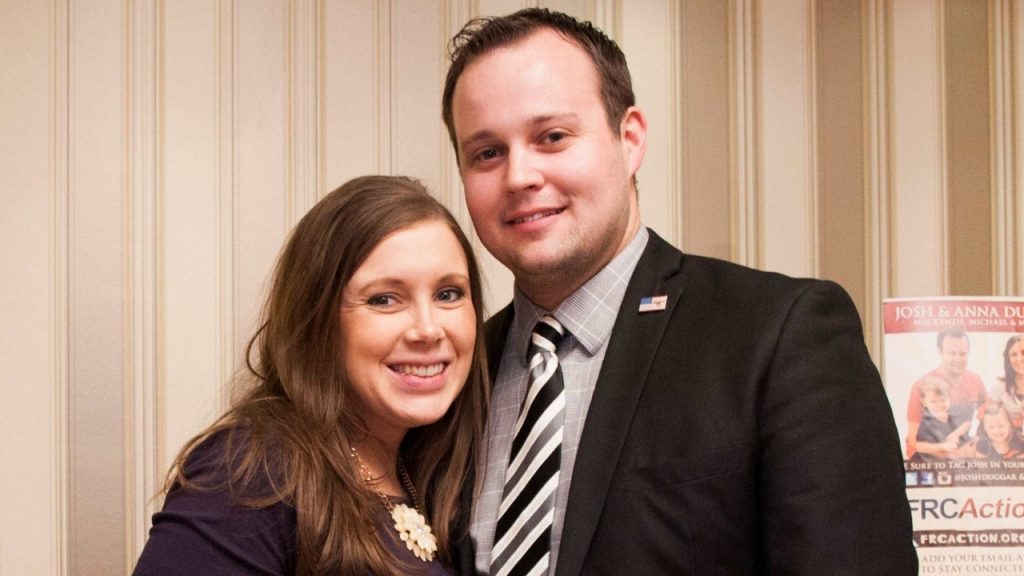 Anna and Josh Duggar have welcomed their seventh child. Anna took to Instagram on Tuesday to make the announcement, sharing that the couple welcomed a daughter last month. The baby news comes just days before her husband is set to appear in court for a pre-trial conference ahead of his child pornography trial on Nov. 30.

Anna announced that she and her husband were expecting baby No. 7 in April, just before Josh was arrested on child pornography charges.

“It’s a GIRL!!!!! ? We are overjoyed to announce baby seven is on the way and we can’t wait to hold her in our arms this fall!” Anna wrote on Instagram.

According to court docs previously obtained by ET, in May 2019, Josh allegedly used the internet to download the material, some of which depicts the sexual abuse of children under 12. If convicted, Josh faces up to 20 years in prison and fines up to $250,000 on each count.

After Josh pleaded not guilty, his lawyers released a statement to ET.

“Josh Duggar has been charged in a two-count indictment. He has pled not guilty to both charges and we intend to defend this case aggressively and thoroughly,” the statement read. “In this country, no one can stop prosecutors from charging a crime. But when you’re accused, you can fight back in the courtroom — and that is exactly what Josh intends to do.”

Josh was previously investigated by Springdale, Arkansas, police regarding allegations that he inappropriately touched five girls who were minors when he was 14. According to multiple reports, no charges were filed against him because the statute of limitations, which was three years at the time, had expired by the time of the 2006 investigation.

“Twelve years ago, as a young teenager, I acted inexcusably for which I am extremely sorry and deeply regret. I hurt others, including my family and close friends,” he said in a statement at the time. “I confessed this to my parents who took several steps to help me address the situation. We spoke with the authorities where I confessed my wrongdoing, and my parents arranged for me and those affected by my actions to receive counseling.”

Josh Duggar Released From Custody, But Not Allowed to Return Home

Anna Duggar Expecting Baby No 7: ‘Counting’ All the Big Announcements!